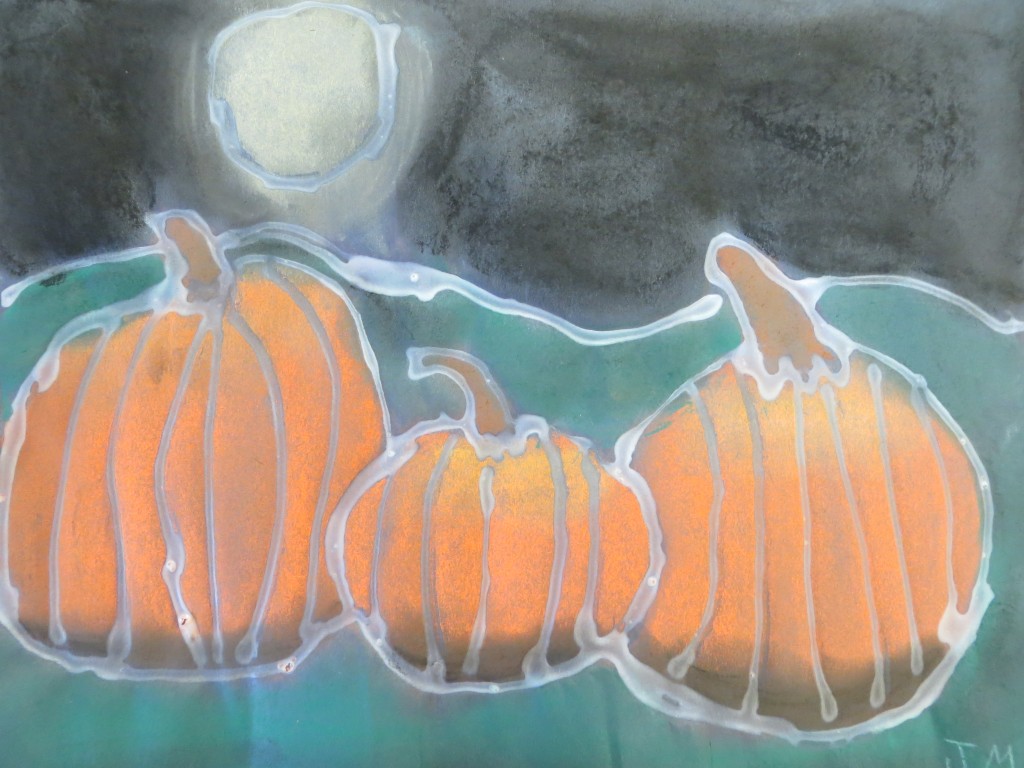 Our most recent visual arts project was intended to help students create depth in a piece of art, and replicate the gradations of colour that appear when objects are lit from above.

Step One:  Mrs. Black brought three pumpkins to class, arranged them so one was in front of the other two, photographed this grouping, converted the photograph from colour to grayscale, and projected the image on the SmartBoard. 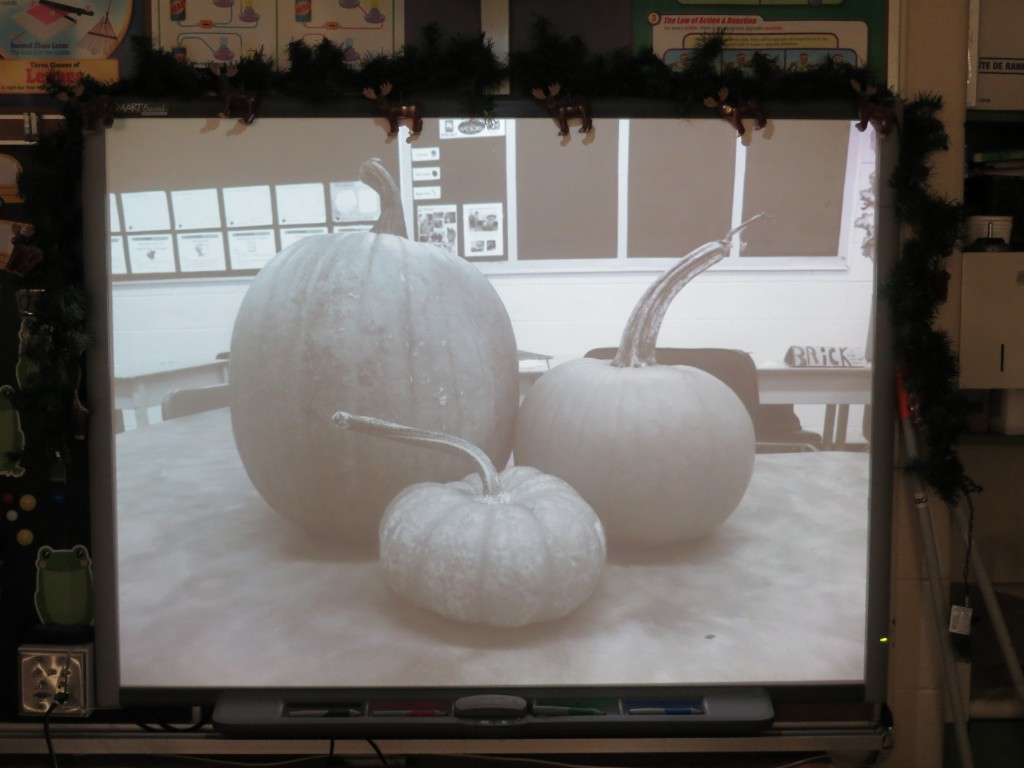 Step Two:  We discussed how the positioning of the pumpkins created a sense of depth in the photo. The smallest pumpkin appeared to be in front of the others because it was lower in the photograph, and covered portions of the other two. We also observed the way light from above created gradations of gray on the pumpkins' surfaces. This was much easier to see in a grayscale rendering than in the original coloured photograph of the pumpkins, or by looking at the pumpkins themselves.

Step Three:  Students tried their hands at creating three-dimensional renderings of the pumpkins, in pencil. They used shading to replicated the lighting effects they observed in the photograph... lightest gray on top, medium gray in the middle, dark gray on the bottom portion of the pumpkins and in the shadows they cast on the table. 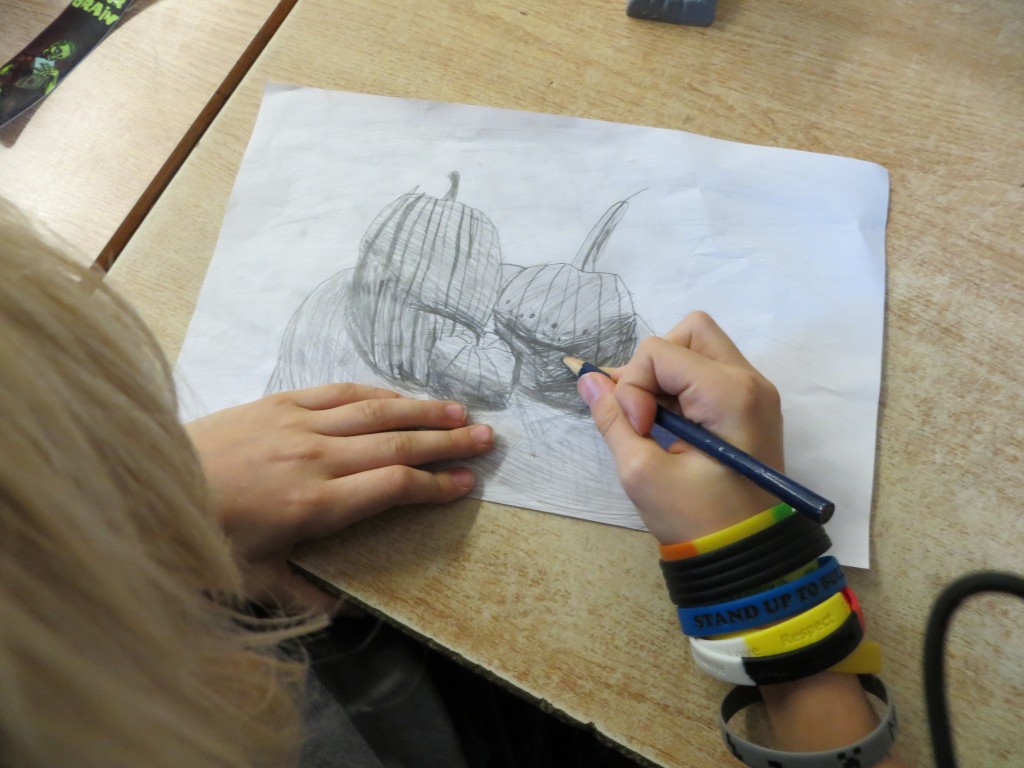 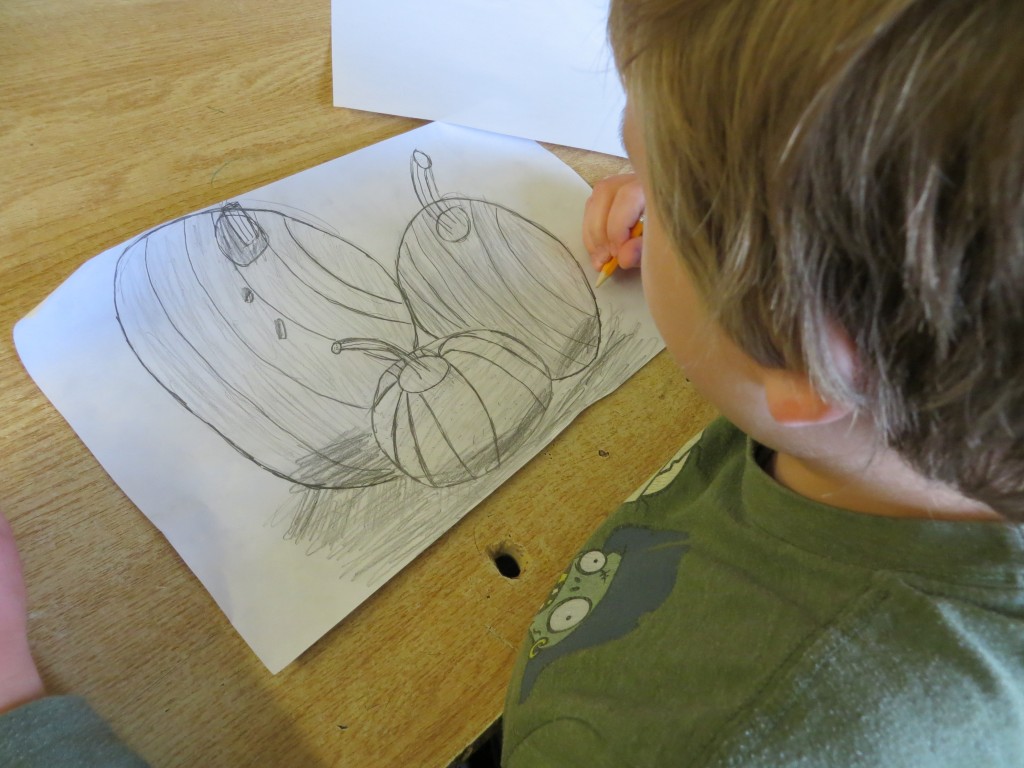 Step Four:  Using pencil, students transferred an outline of the pumpkins to black paper, and then traced over it with white glue. This created surfaces onto which soft chalk pastels would not adhere during the final step of the art project. 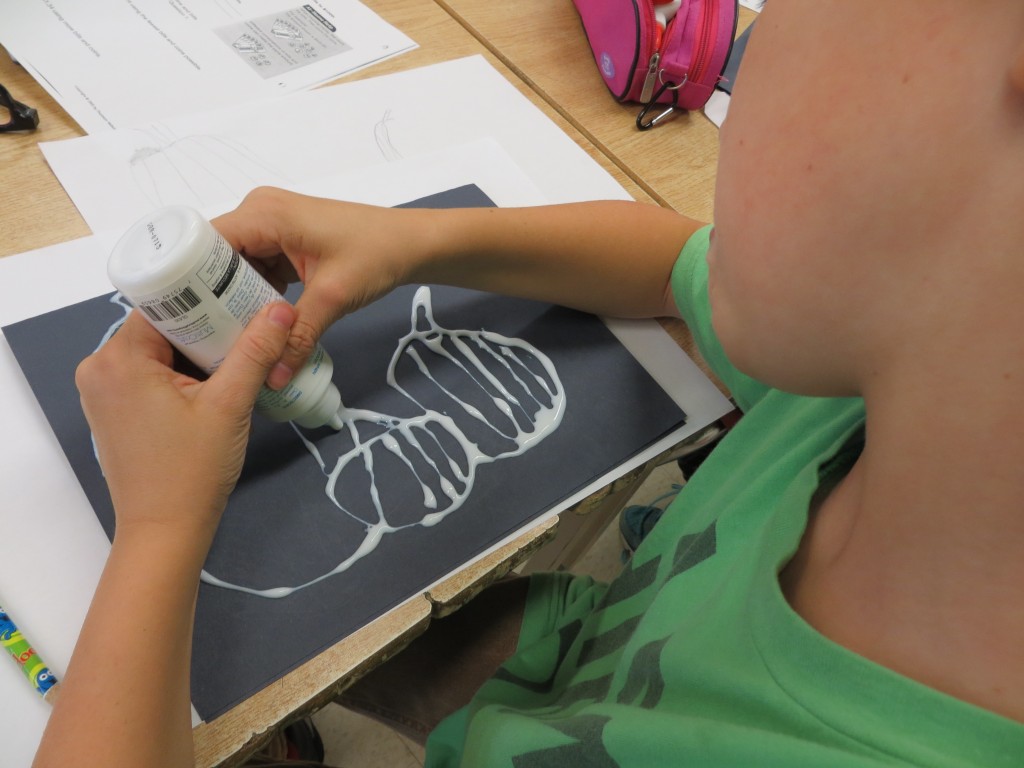 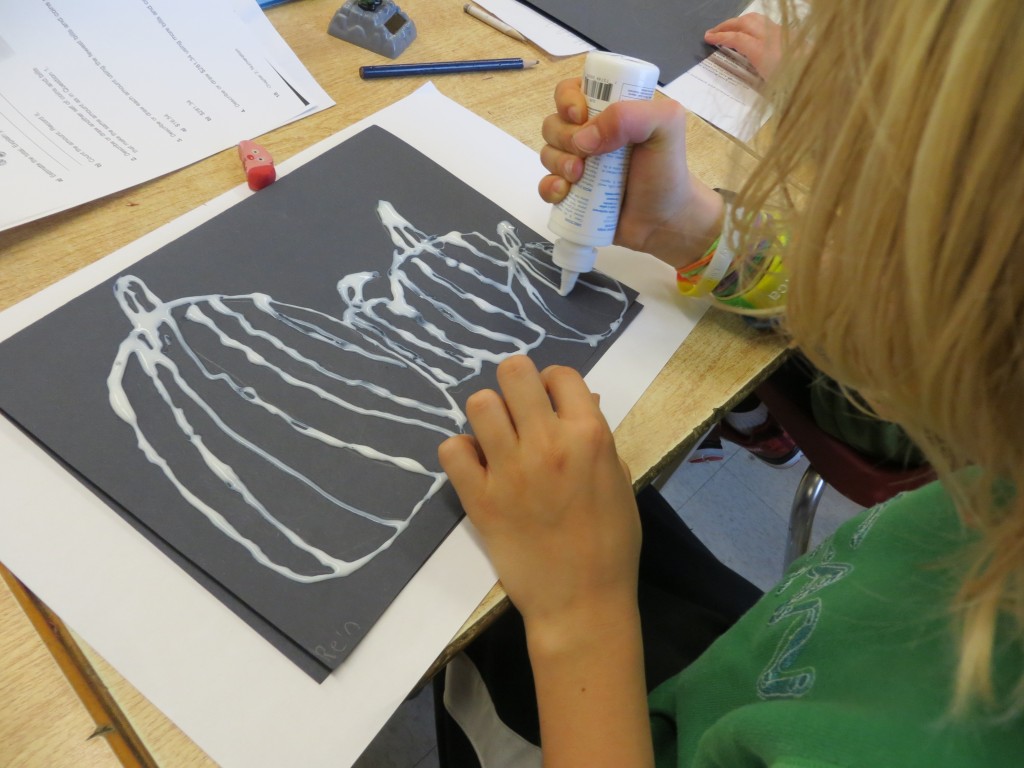 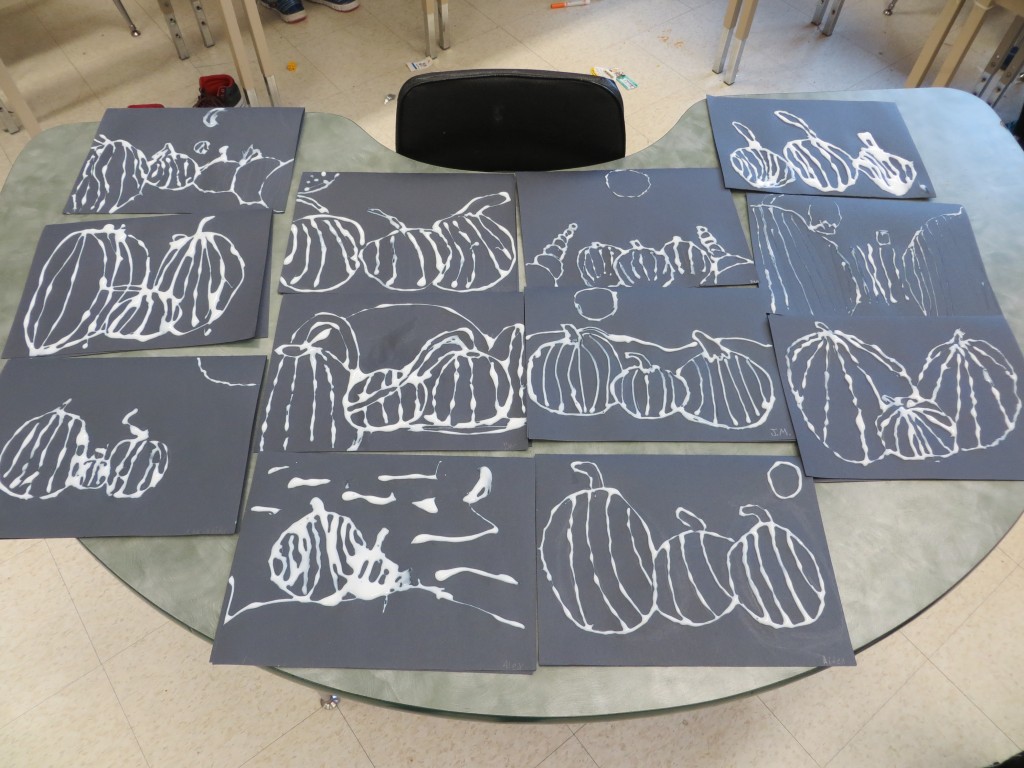 Step Five:  After the glue had been left to dry overnight, students watched a video demonstrating how to blend soft chalk pastels:

Afterwards, students began to colour the pumpkins they had outlined in glue. For reference, a coloured version of Mrs. Black's pumpkin photograph was projected on the screen. 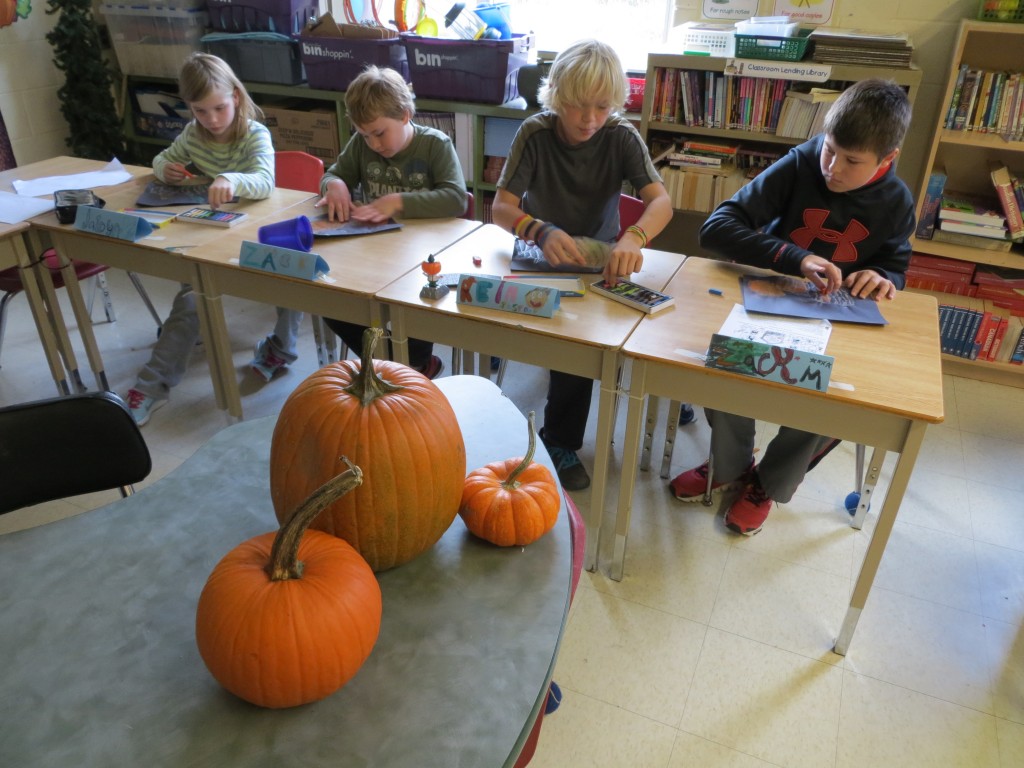 The results were simply stunning! 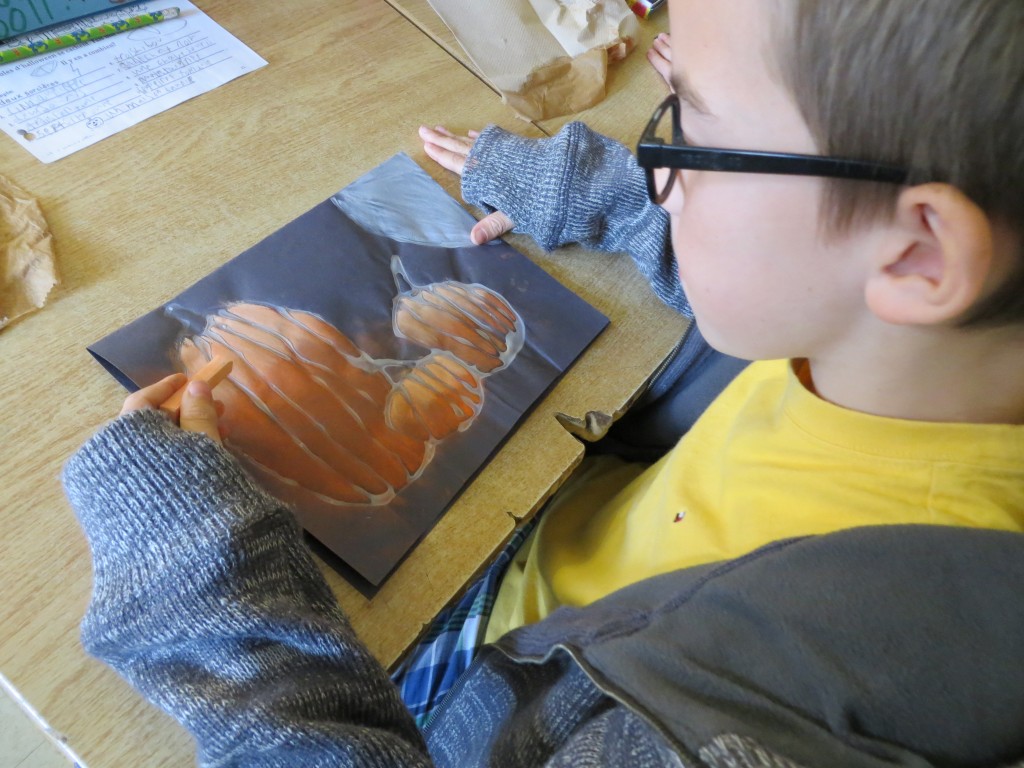 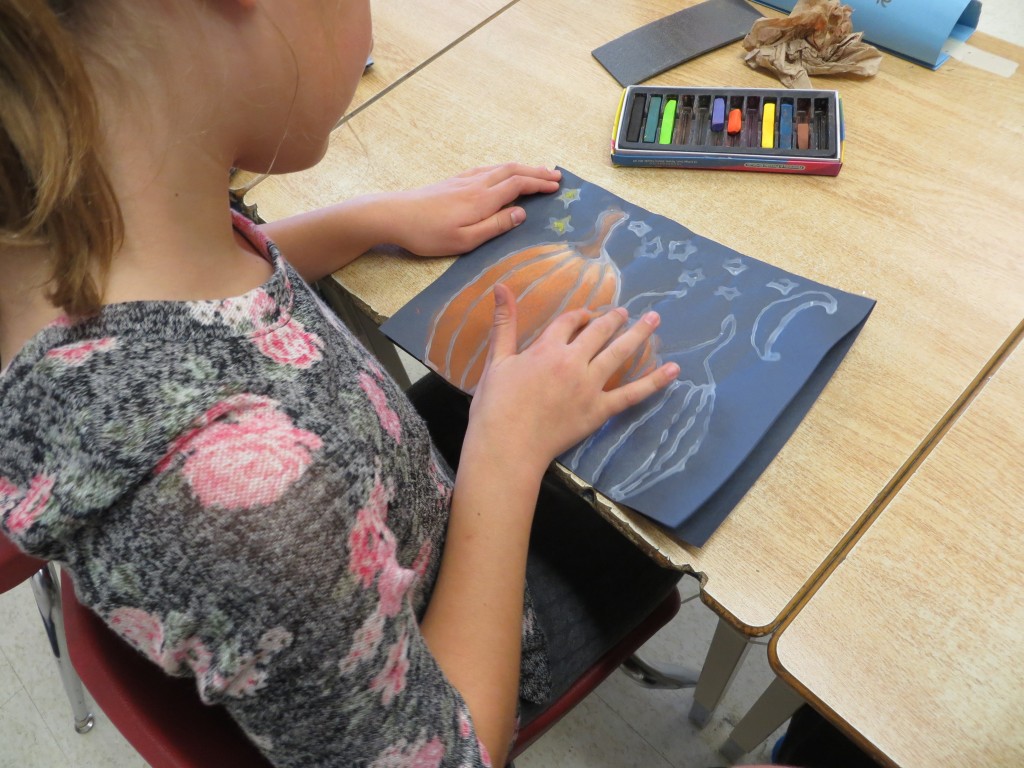 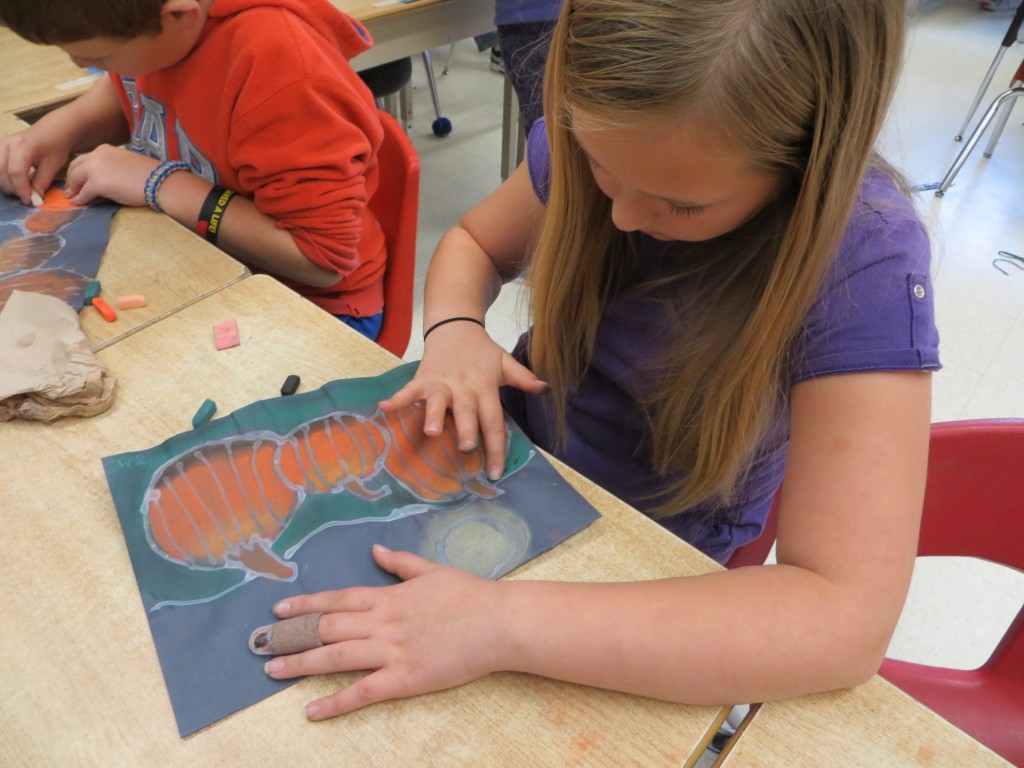 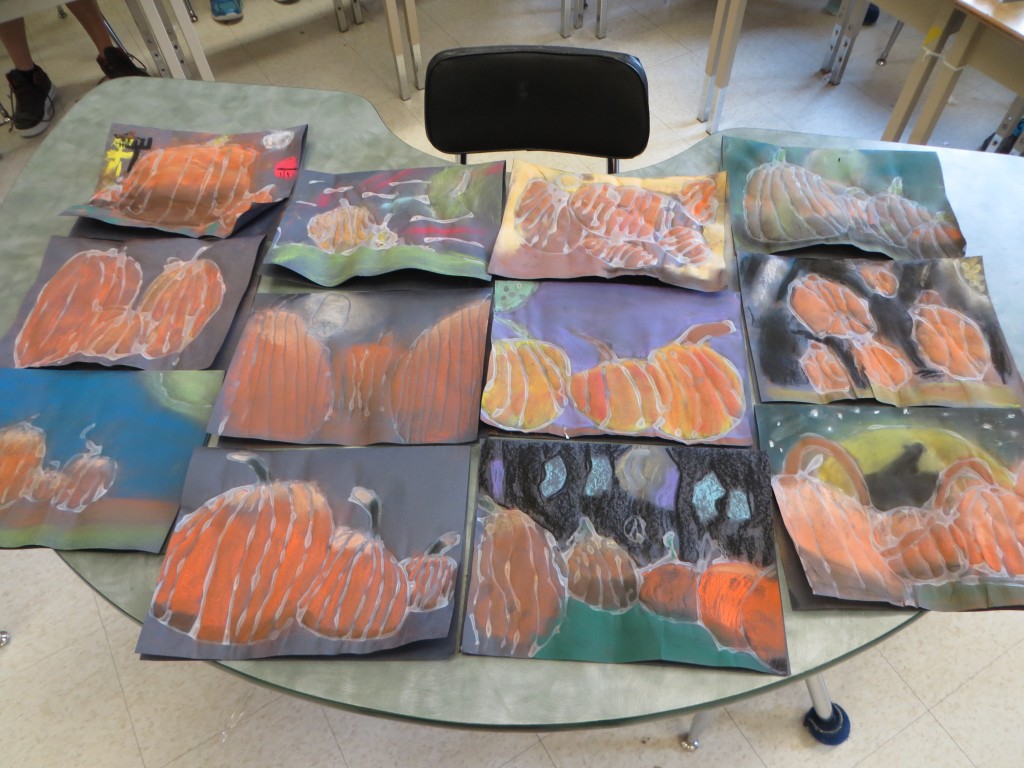 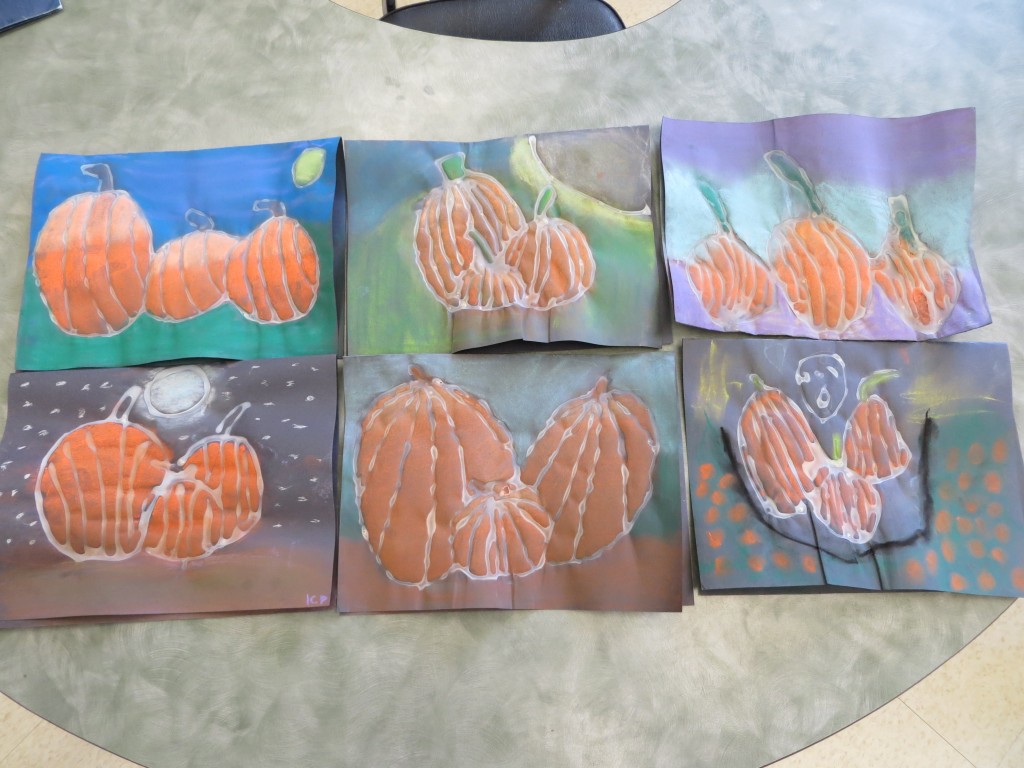 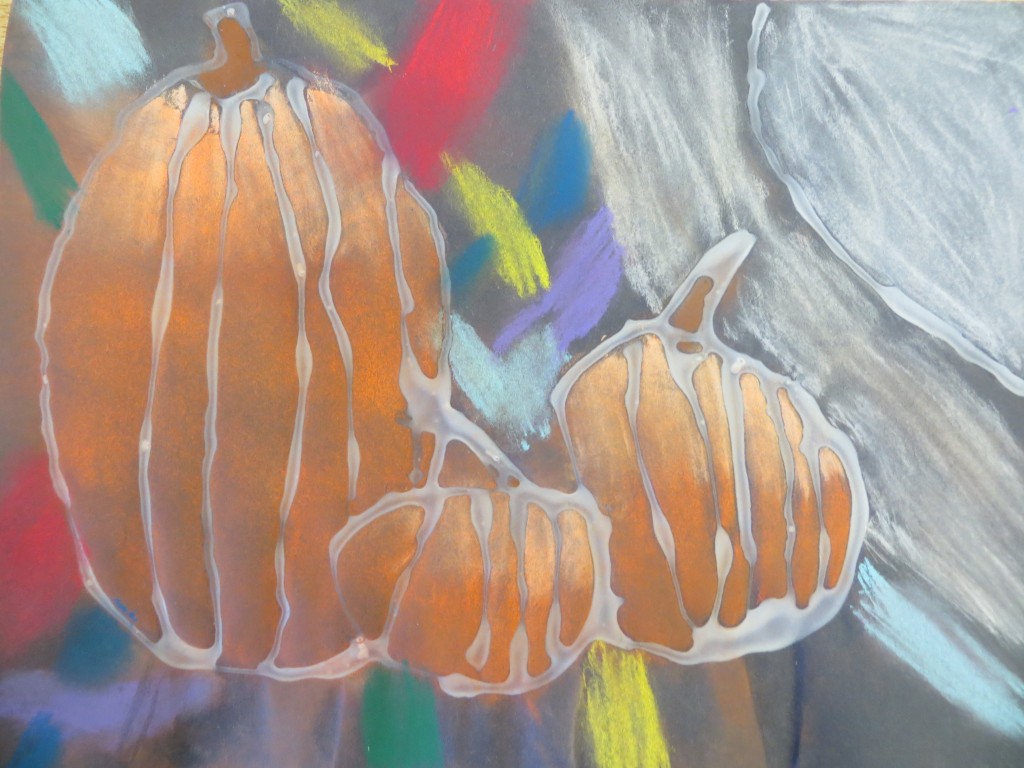 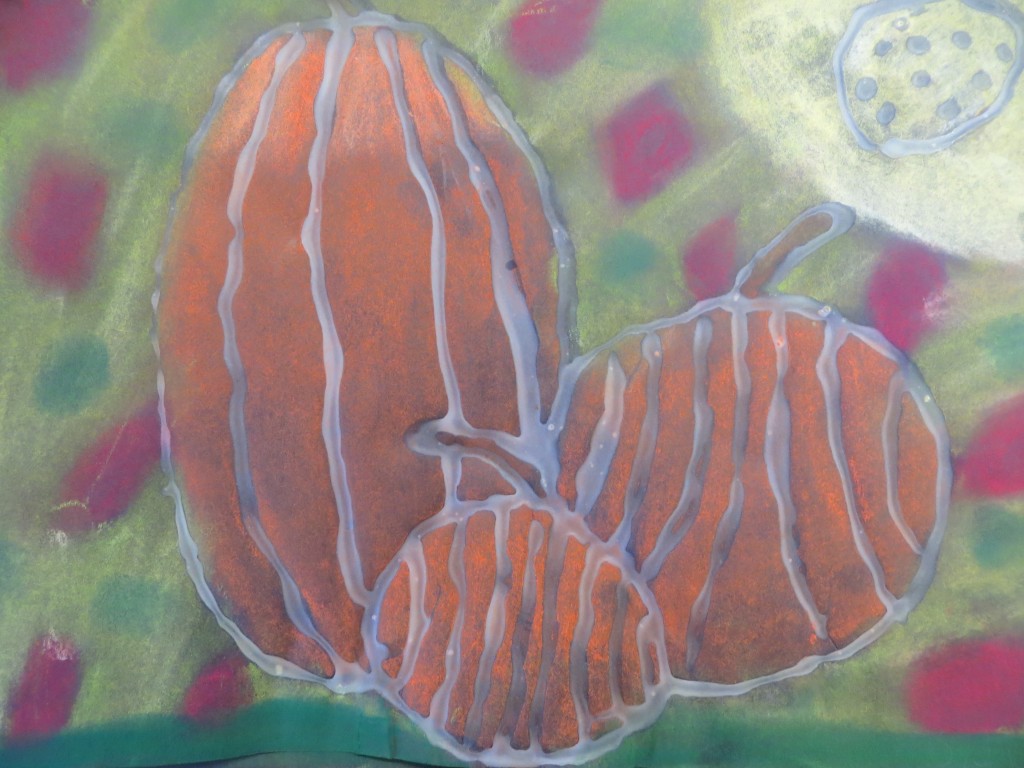 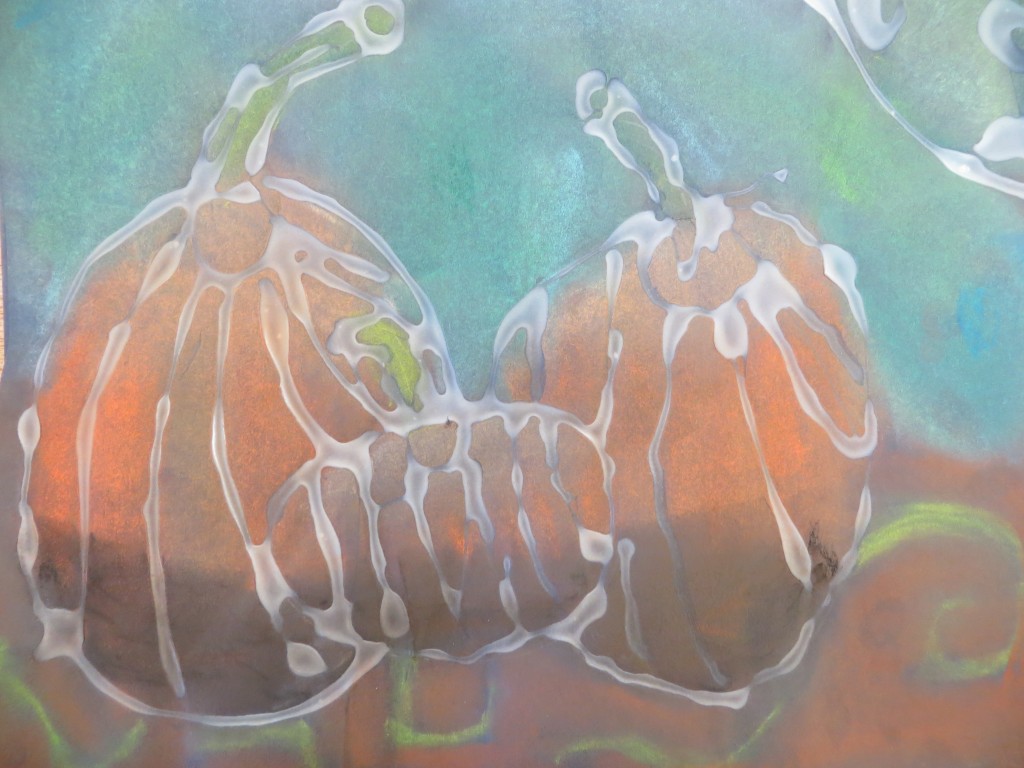 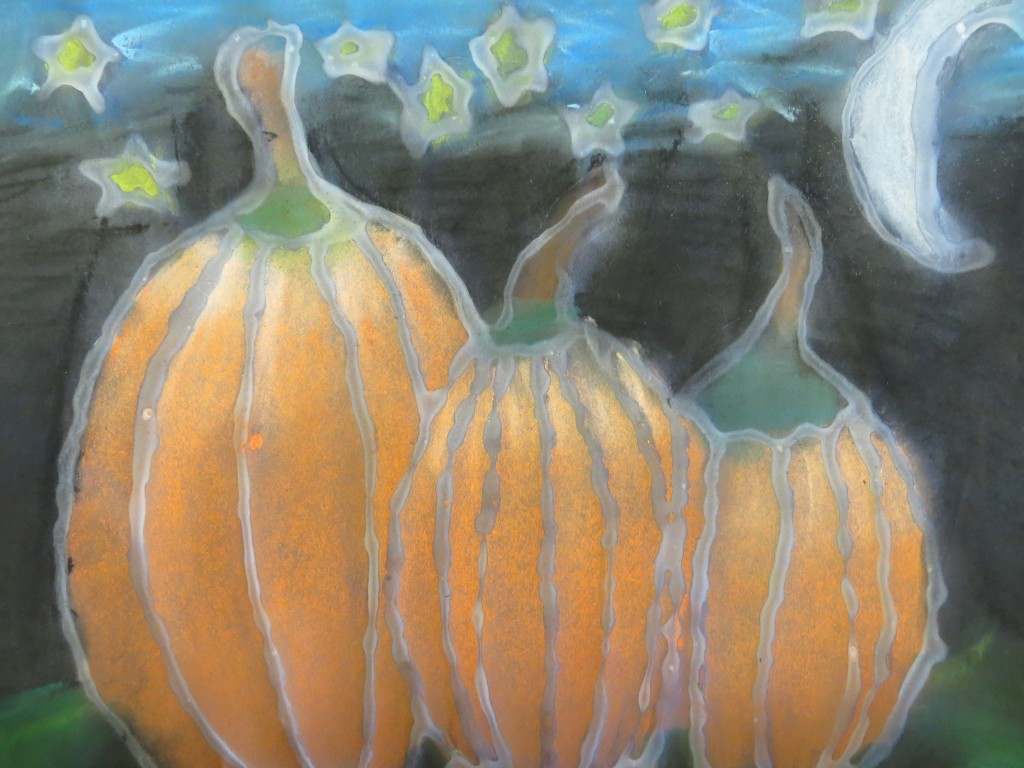 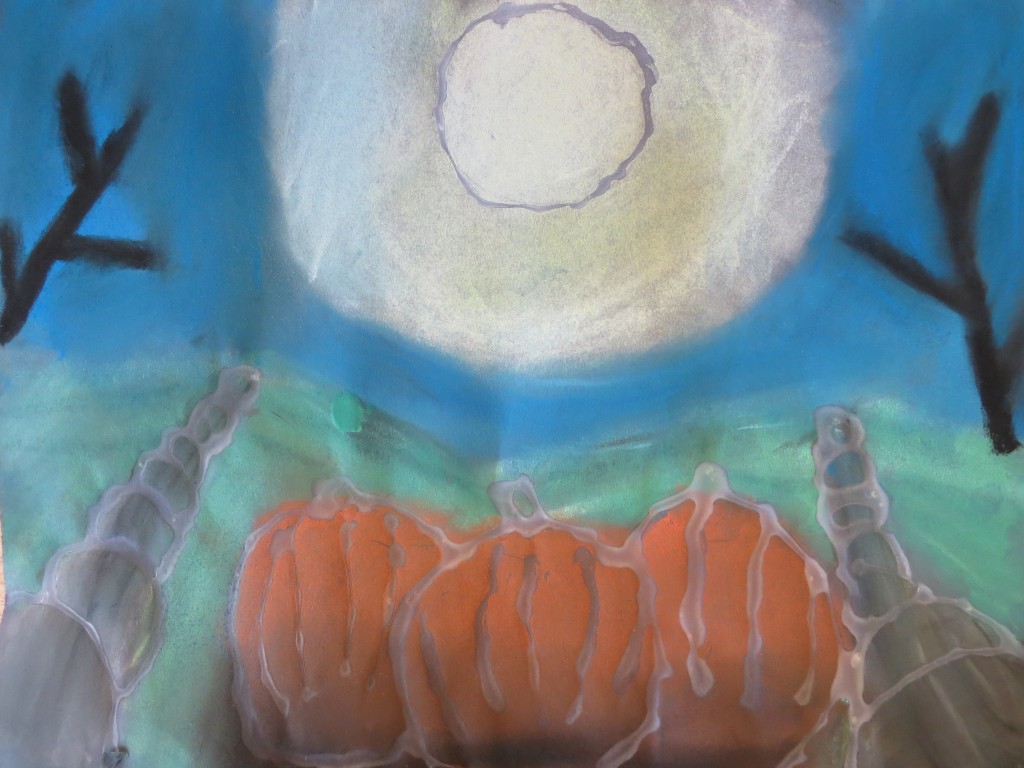 These pieces of art will be heading to the next Ramona Fall Fair!