The following pictures depict the class using wattage meters to determine how much energy a variety of small household appliances consume. Students found some of the results quite surprising. Many tended to overestimate the consumption of electronic devices, such as radios, pencil sharpeners and computers, while underestimating the consumption of heat-producing devices such as space heaters, toasters, blow dryers and kettles. Students were also surprised to find that the incandescent bulb that drew 60 watts of energy gave off the same amount of light as the compact fluorescent bulb that drew just 12 watts. 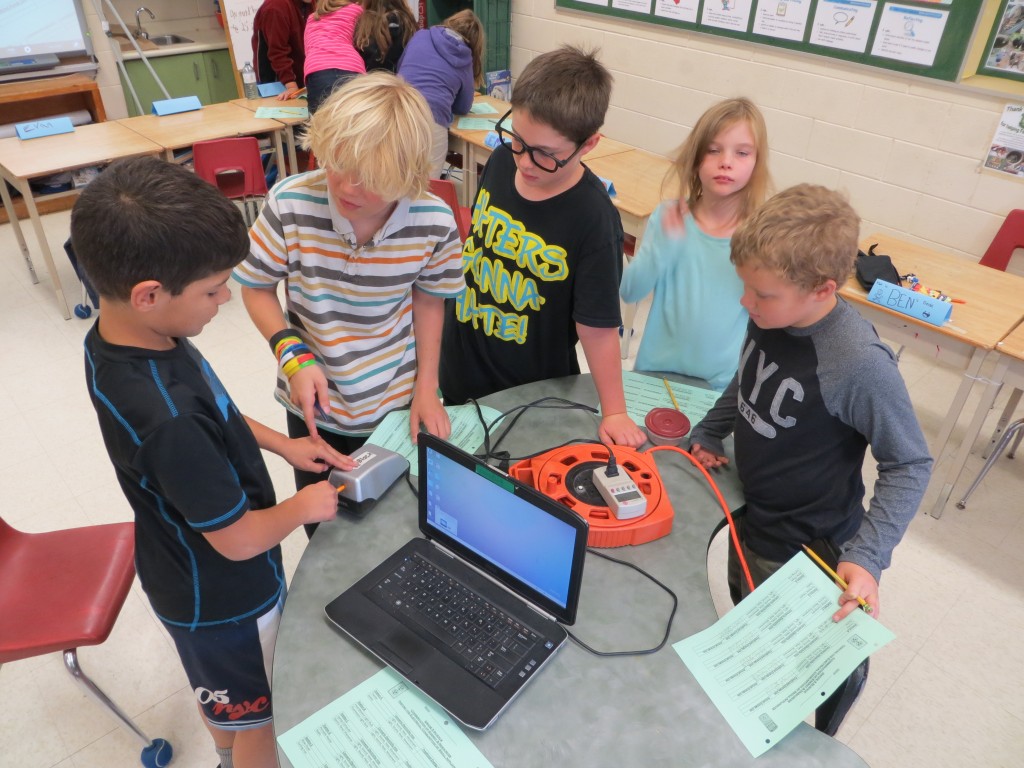 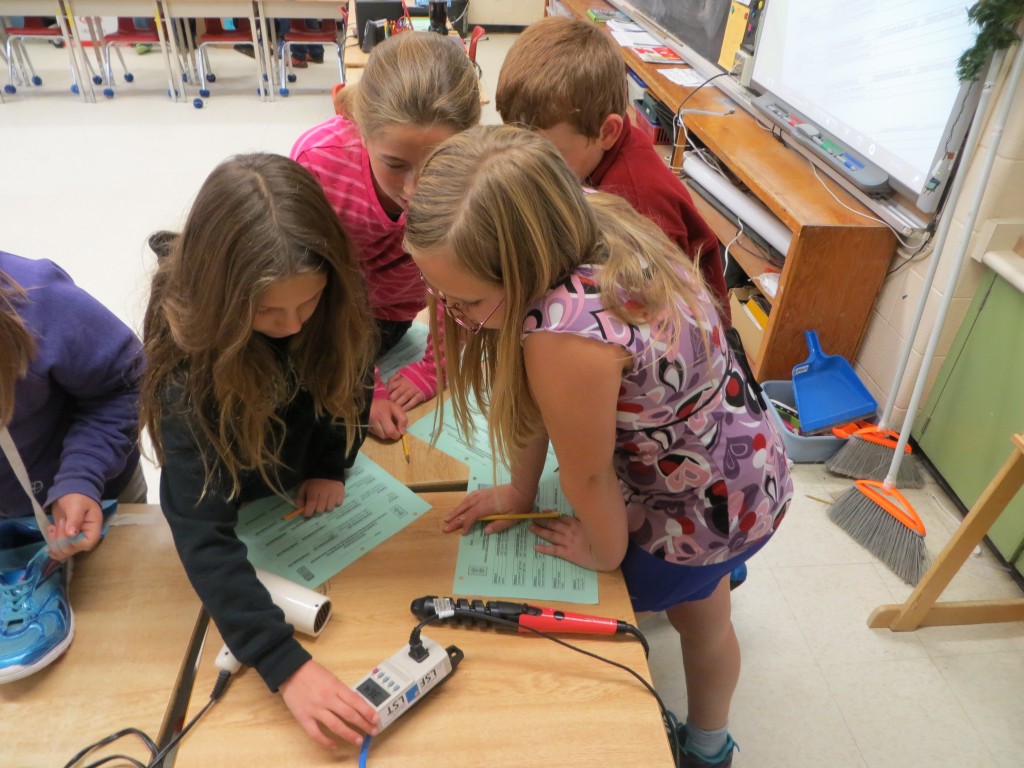 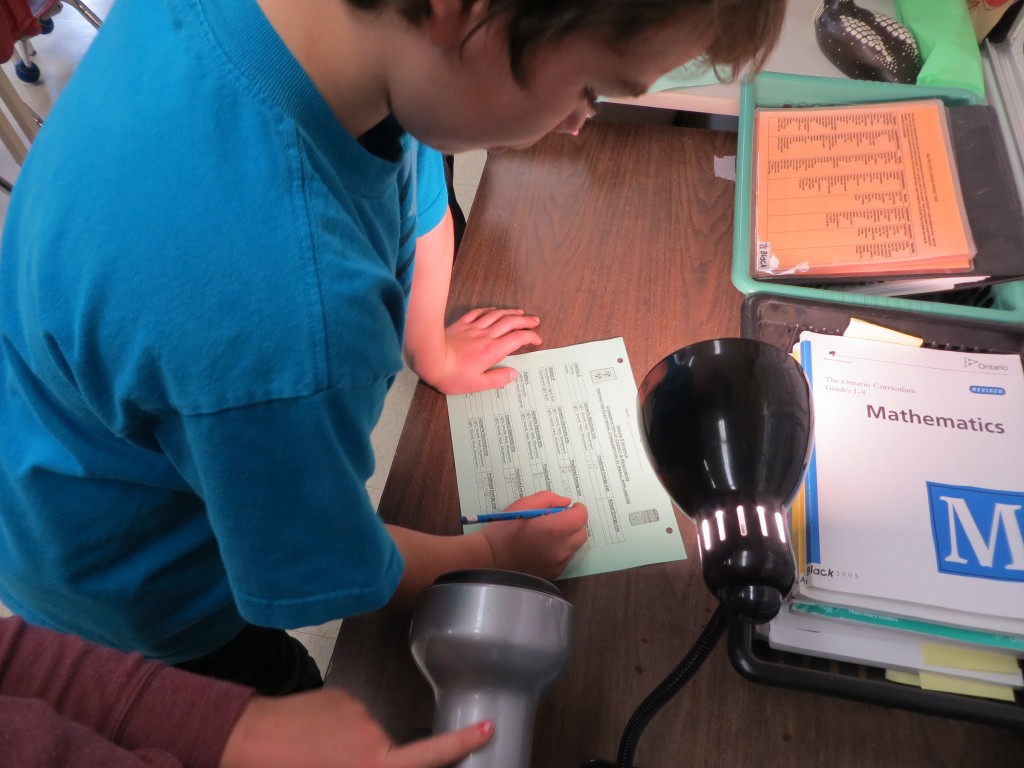 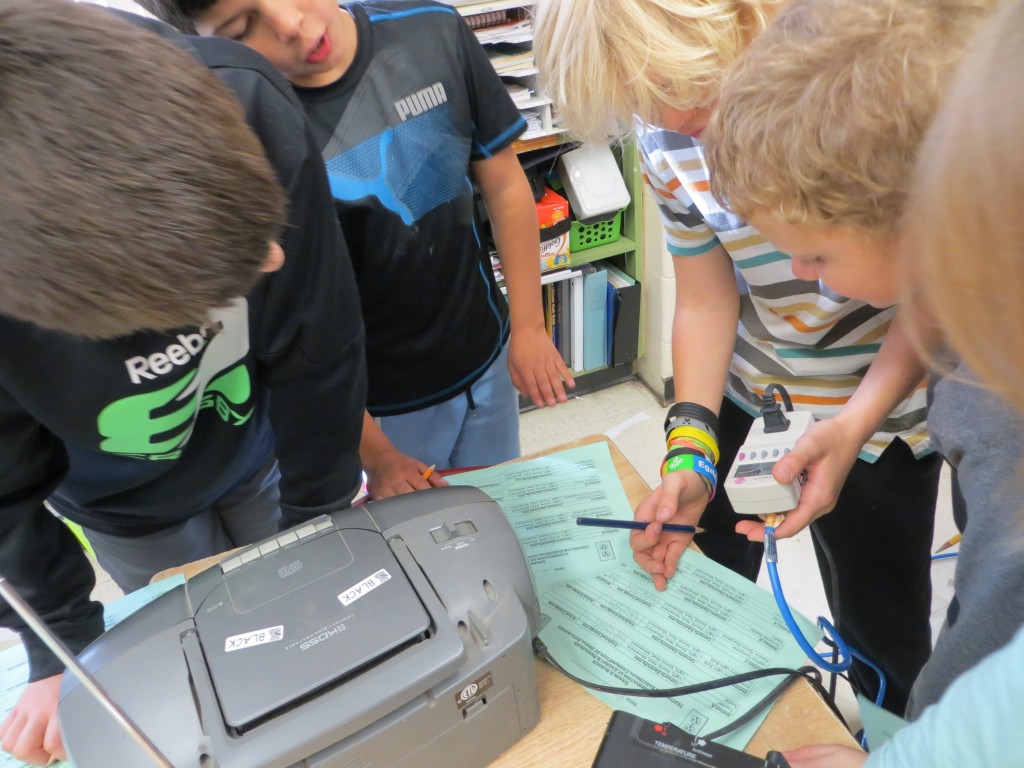 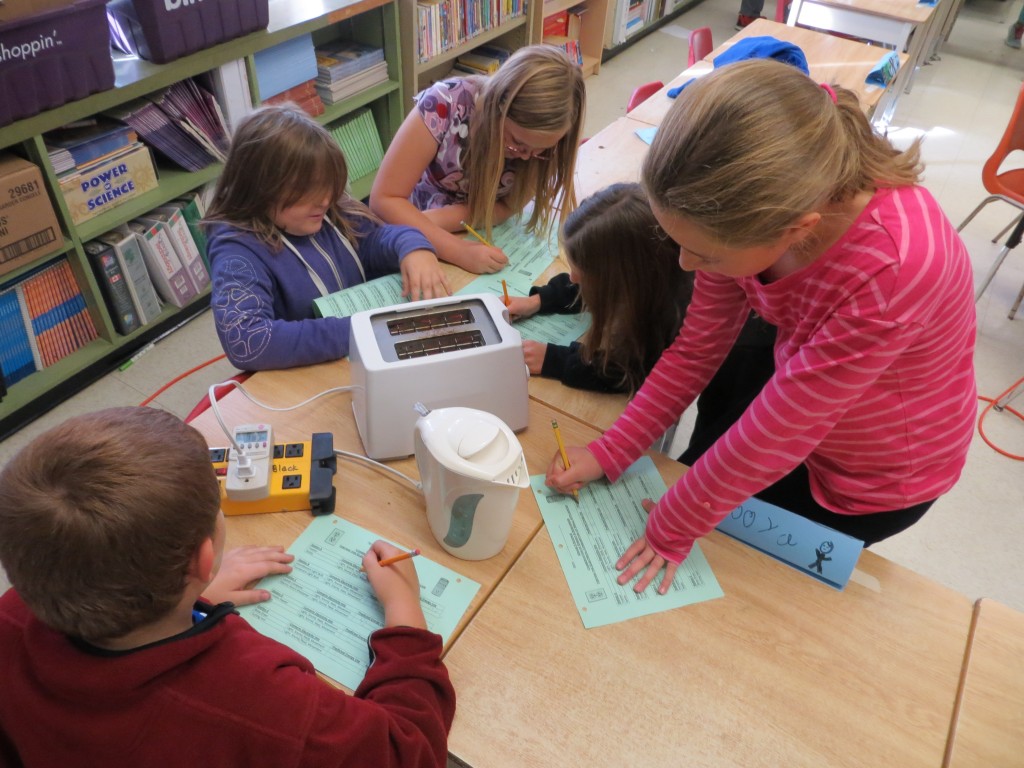 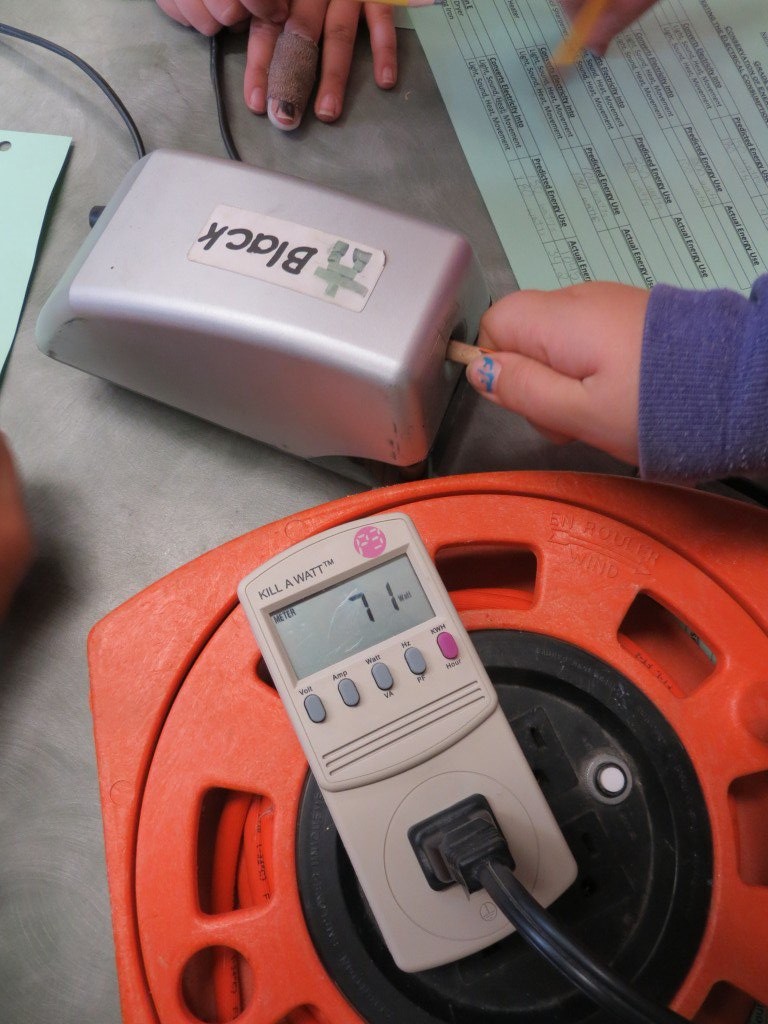 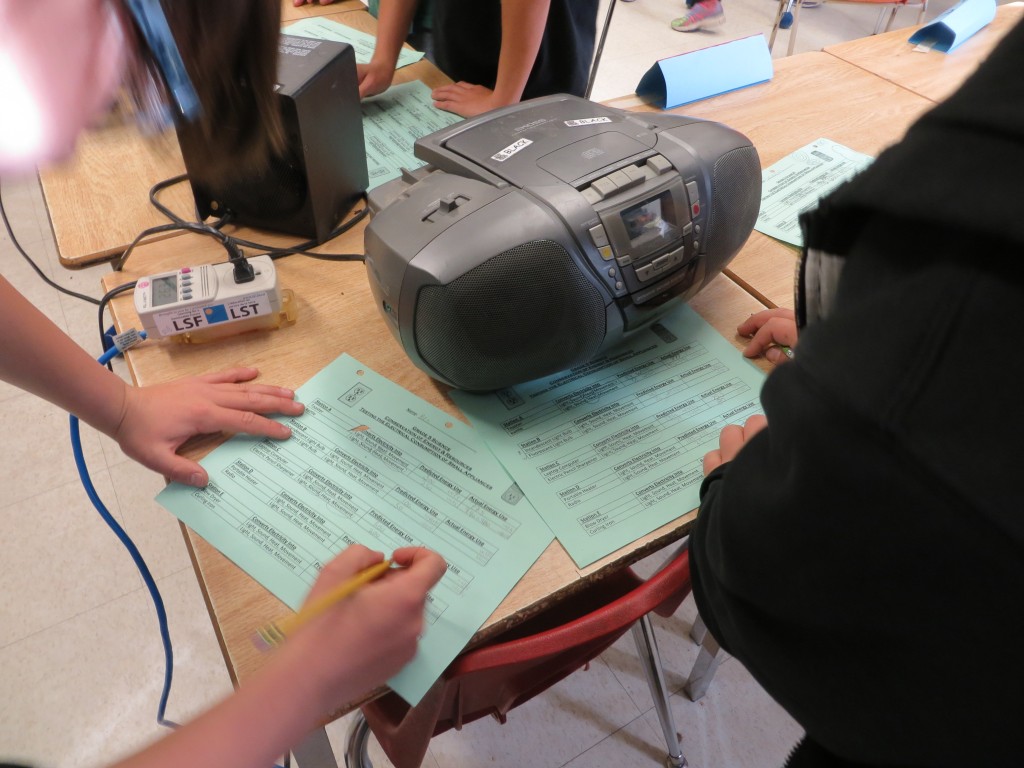 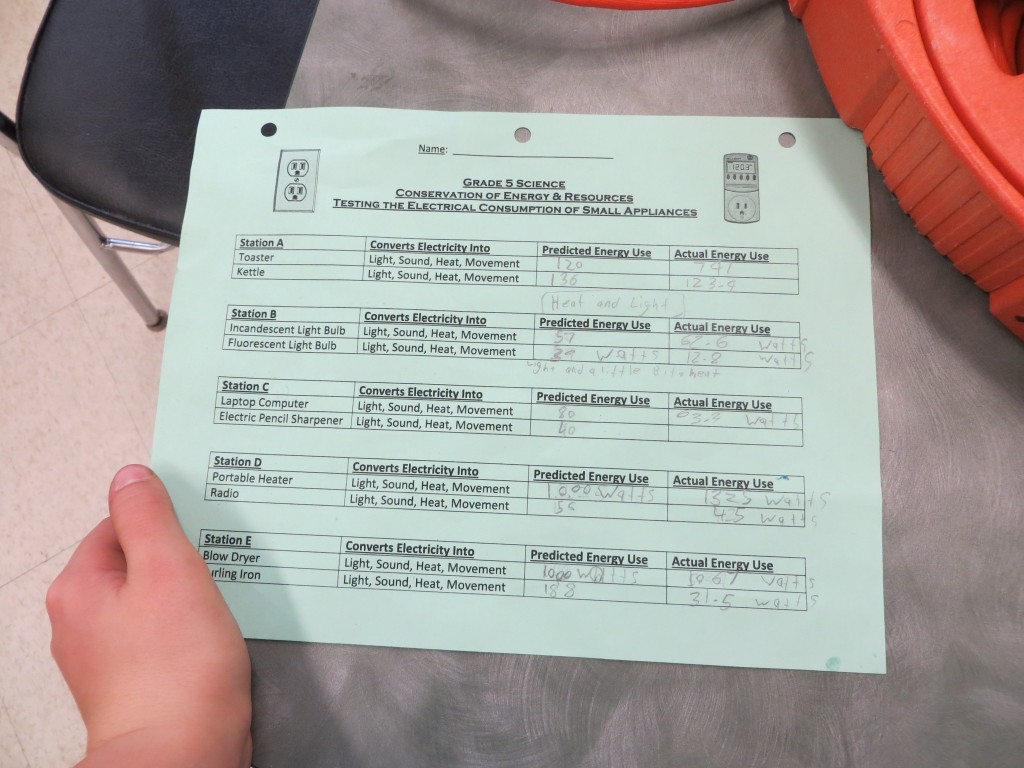 We learned that "wattage" is not the whole story.  A device that consumes a great deal of energy but is only used for a few minutes at a time, such as a blow dryer, can actually use less energy per month than a lower-wattage television that is used for many hours each day. The same principal applies to large household appliances, which we explored using Hydro One's Appliance Calculator:
http://www.hydroone.com/MyHome/SaveEnergy/Tools/calc_main.htm

This is a Goal Zero solar panel converting sunlight into electricity, to charge Mrs. Black's phone: 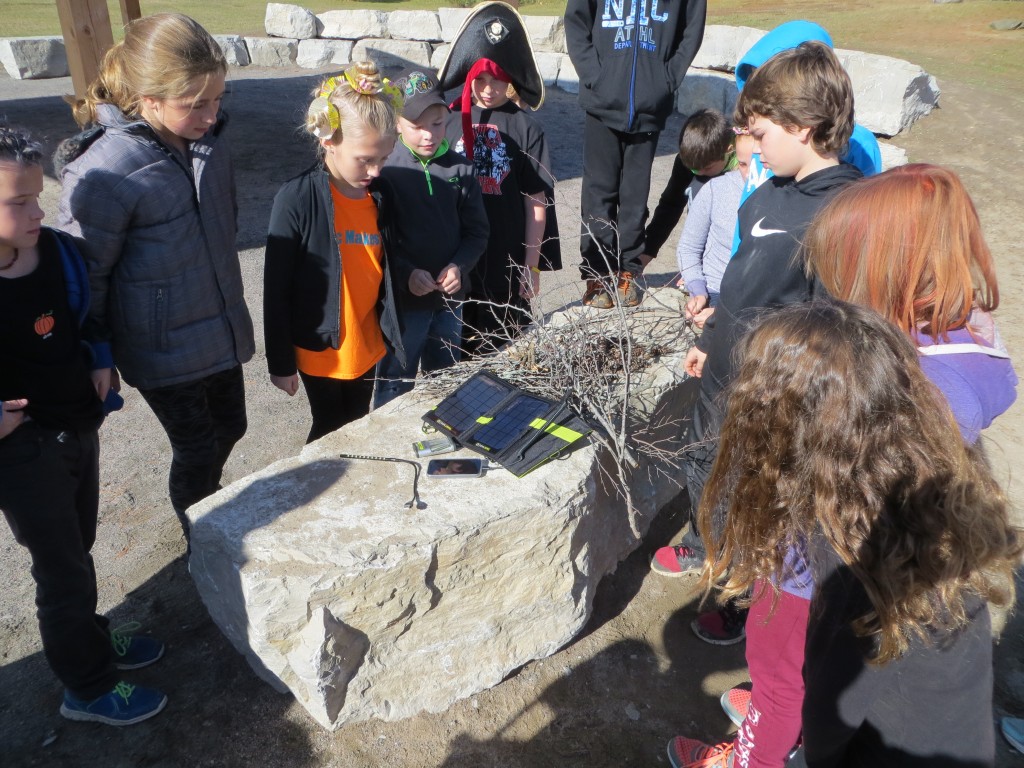 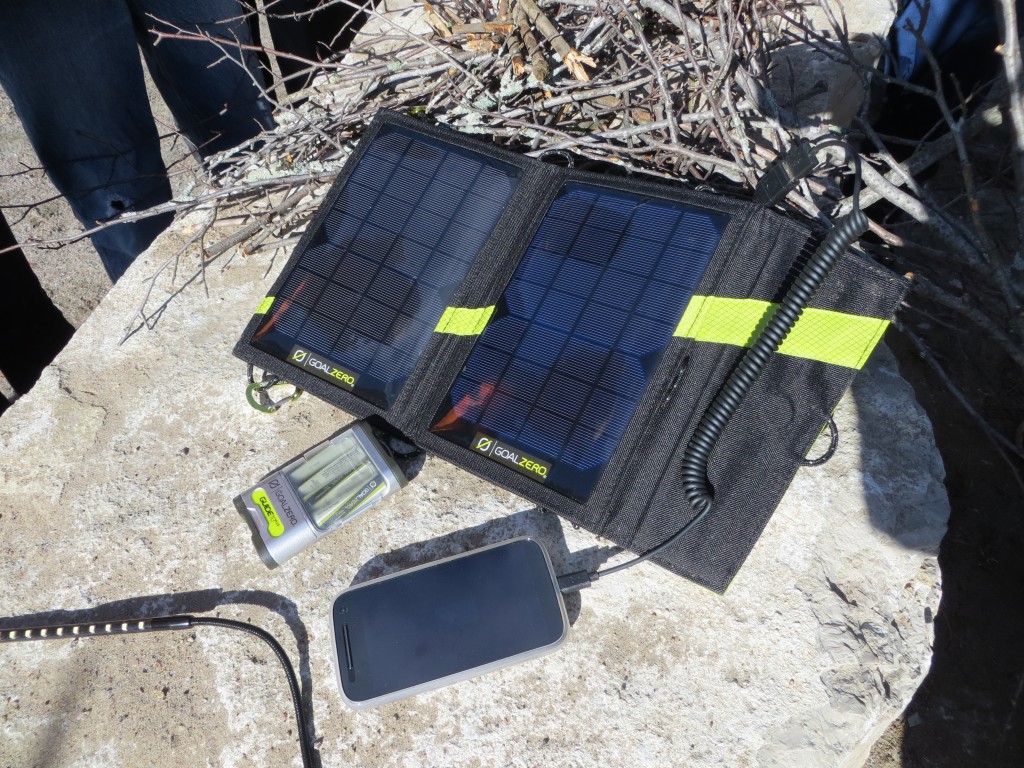 This is a Biolite camp stove, converting heat from burning twigs and pine cones into electricity to run its internal fan and to power an LED light. The stove can also charge USB devices, such as e-readers and smart phones. 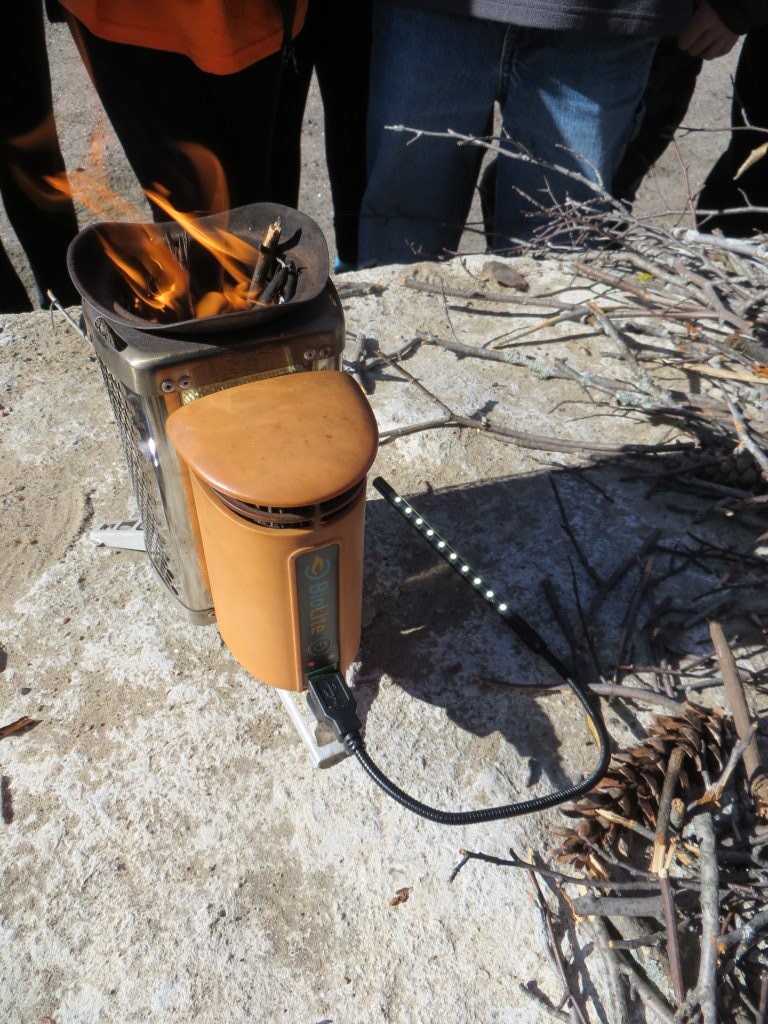 The Biolite cooked us some delicious popcorn, too!: 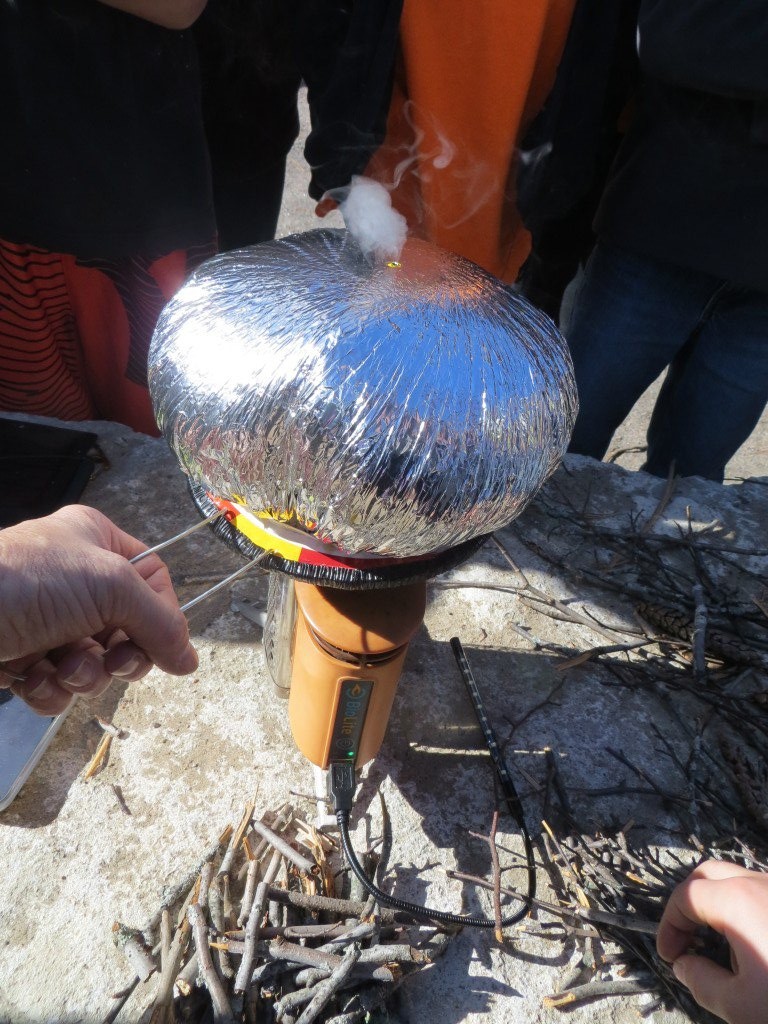 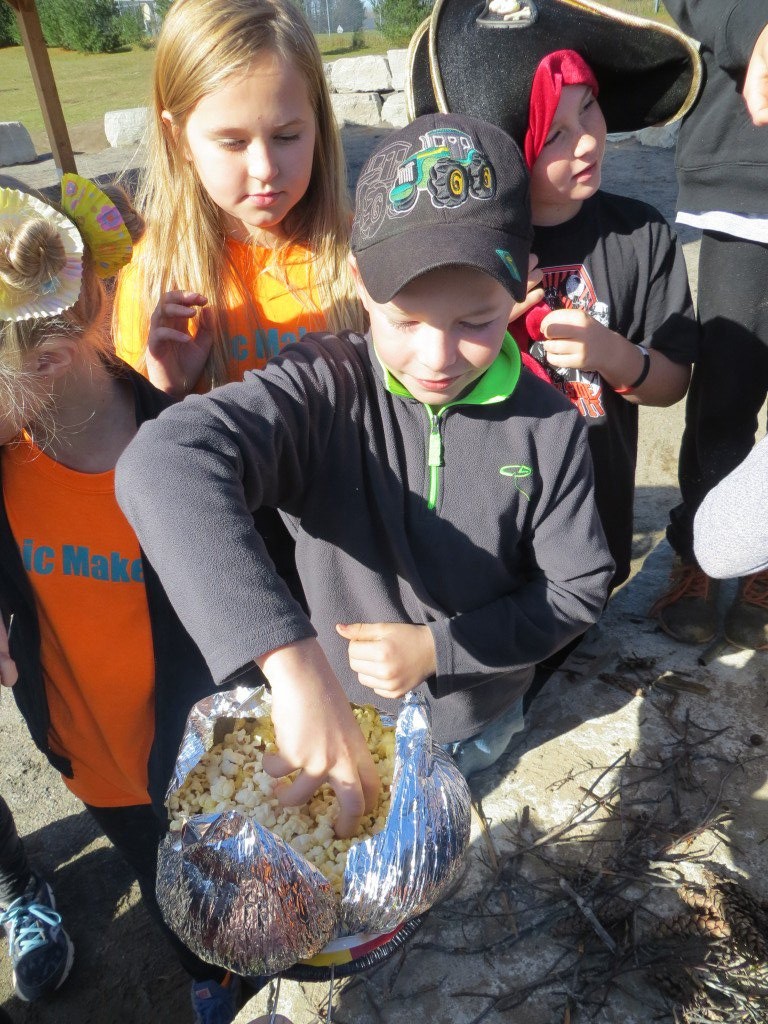 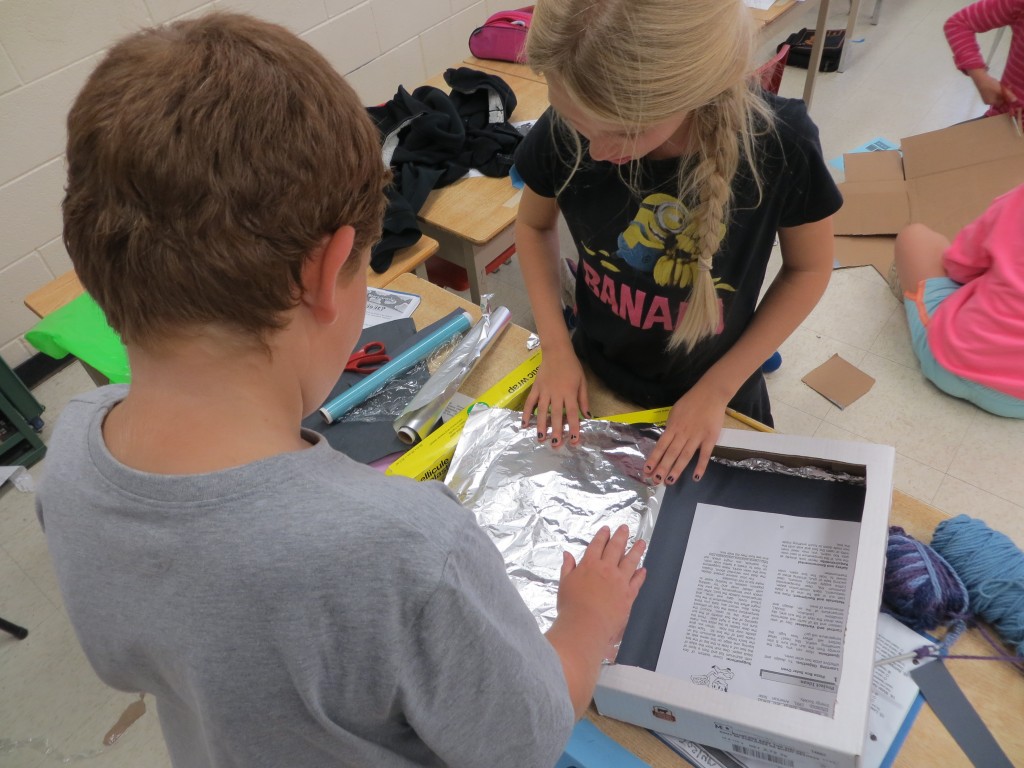 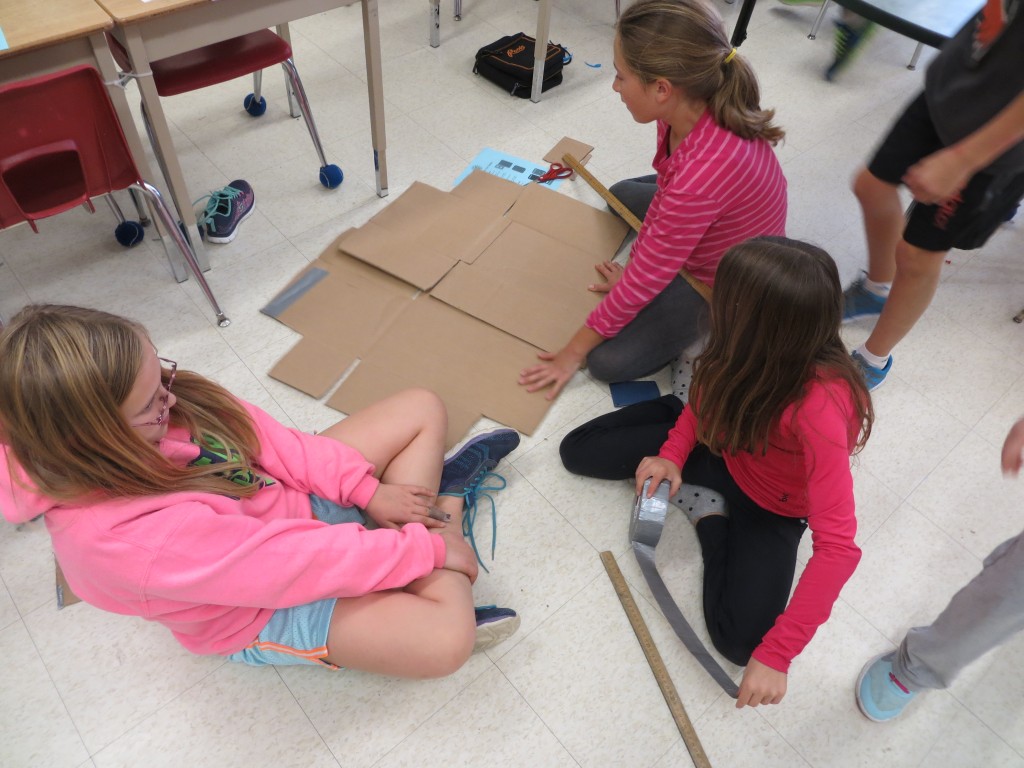 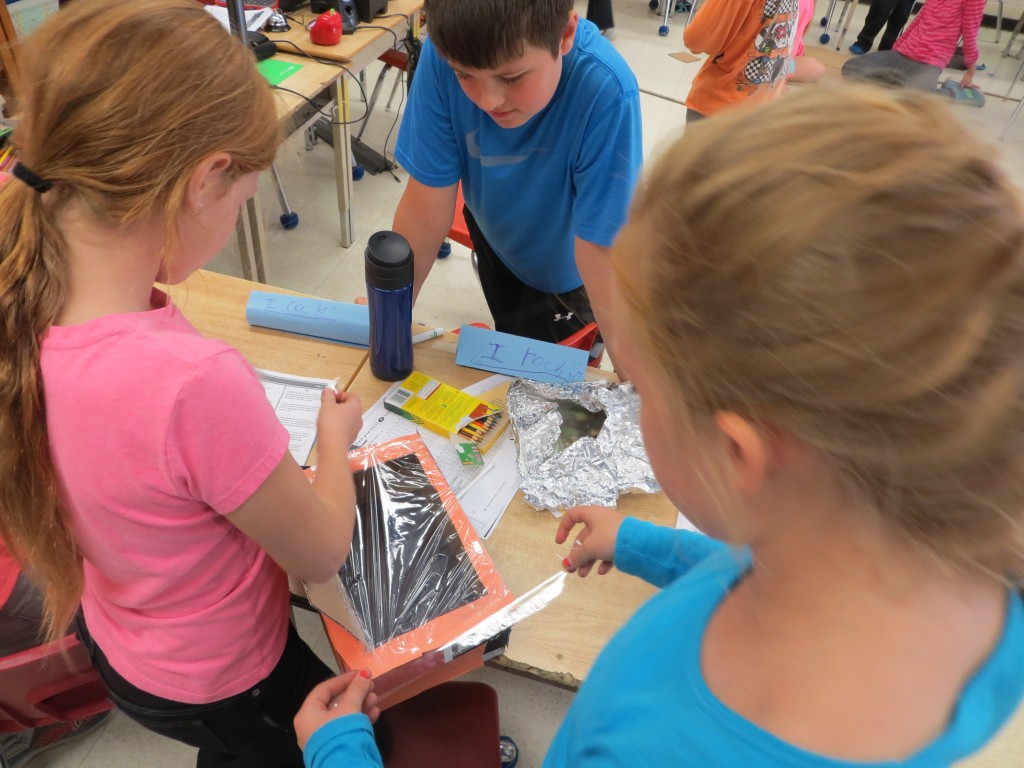 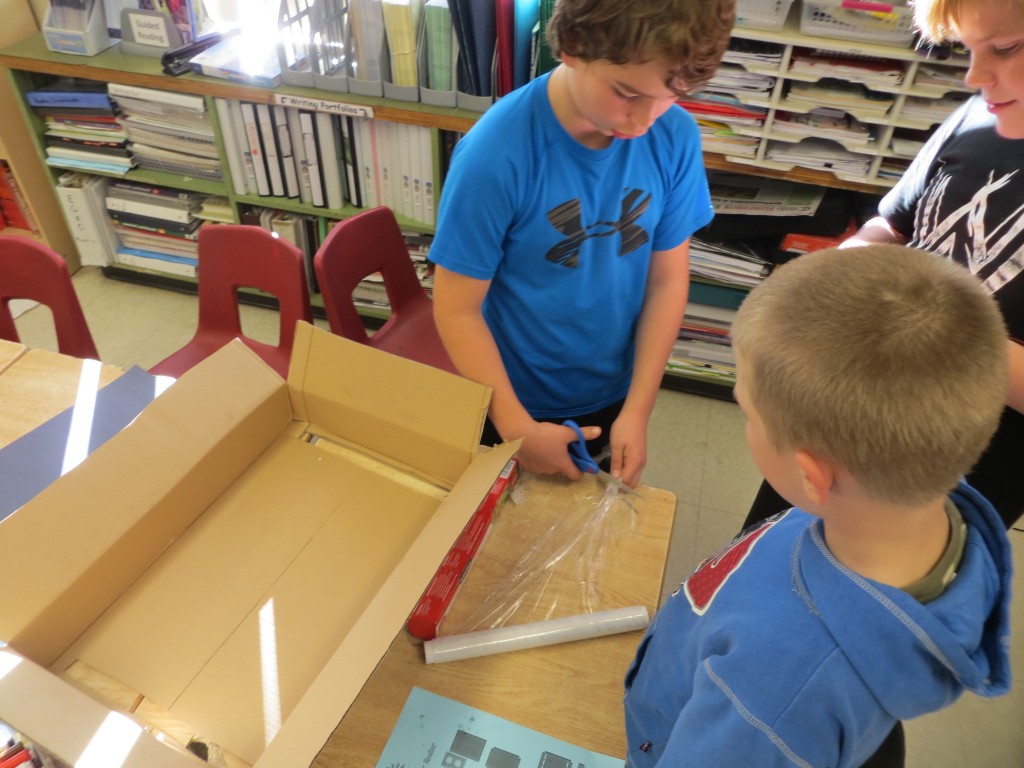 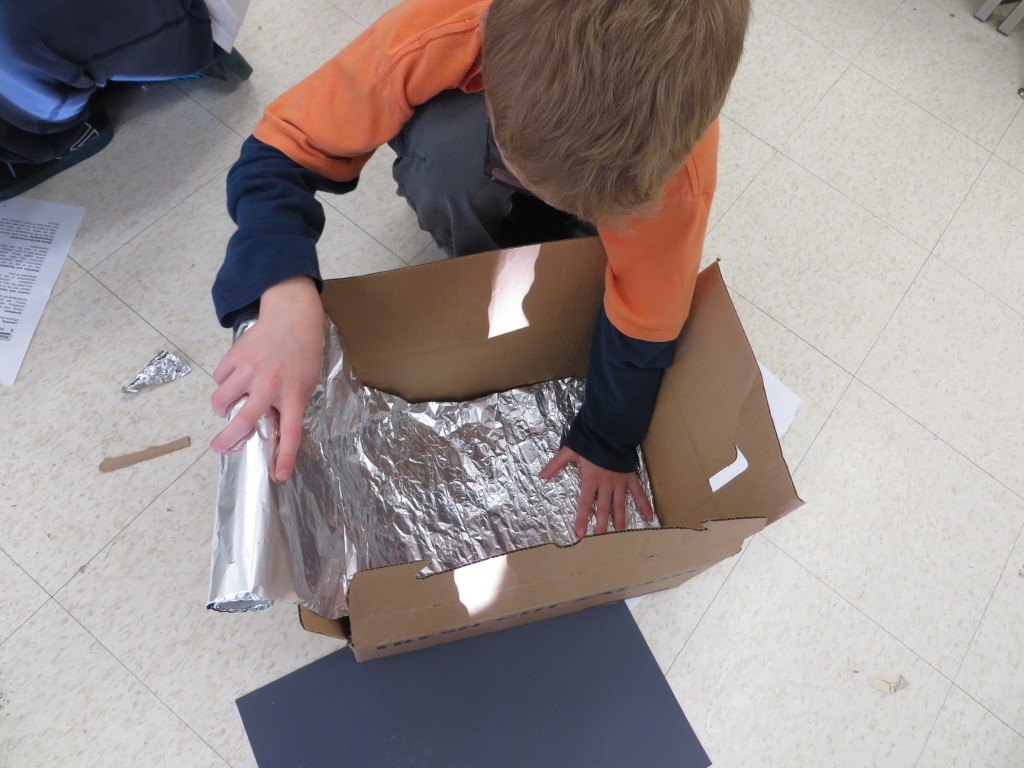 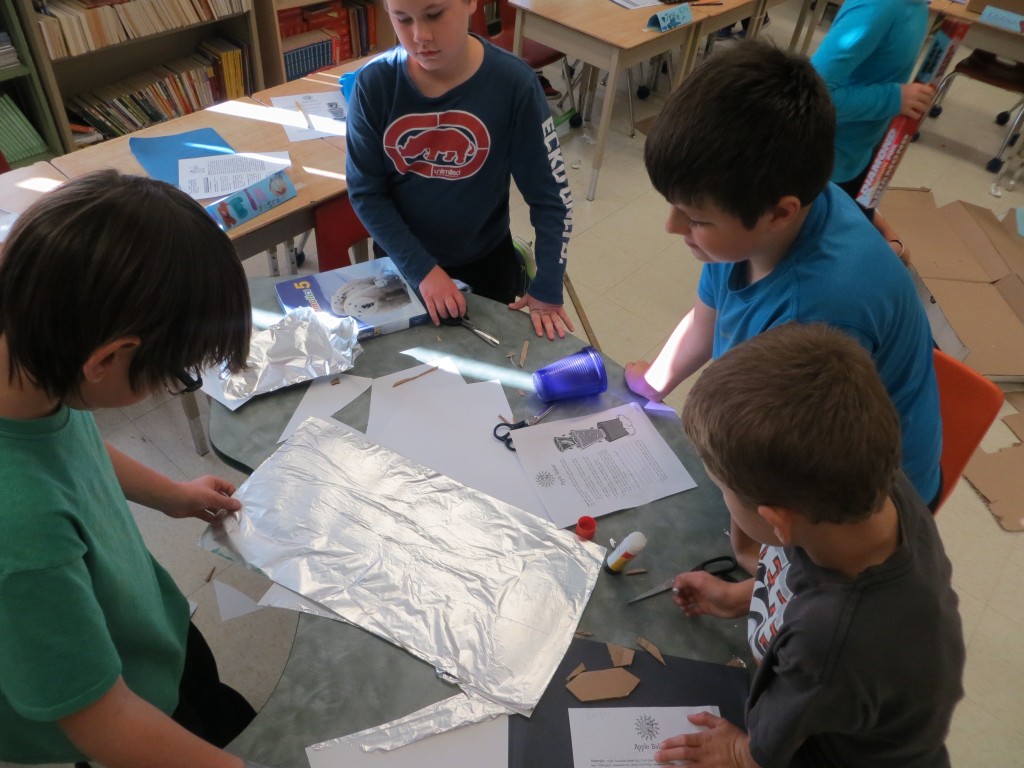 When the were finished, we tested our solar ovens and apple cookers in the schoolyard. We set our devices up just after 10 am. It was approximately 18C at the time. The high for the day was 20C. We checked our devices at 12:00 p.m. and 2:00 p.m.

At noon, the hottest oven ("The Mad Cooker") was 45C and the coolest oven (a larger, taller box) was 32C.  Students guessed that the taller box was not quite as hot because its sides were casting shadows into the box, and because the foil reflecting heat from above was crumpled. The foil on "The Mad Cooker" was smooth, reflecting more escaping heat back down into the box. At 2 p.m., the temperatures in the solar ovens were about two degrees lower than they were at noon. Students guessed that the peak temperature was at noon because the sun was highest in sky then. 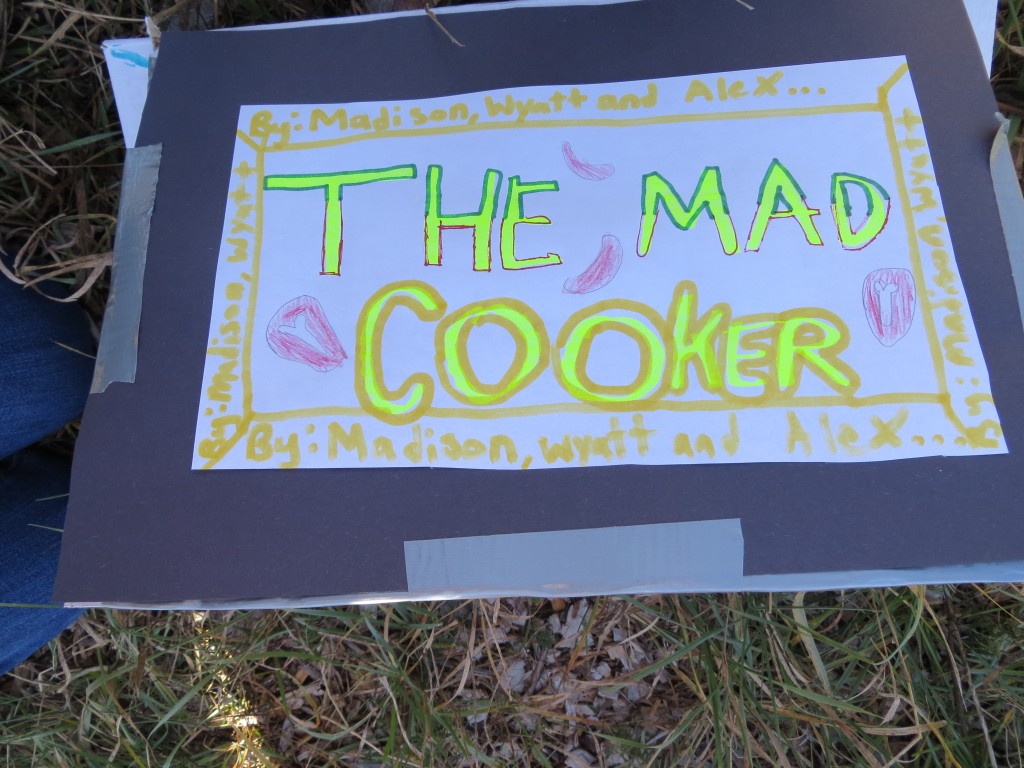 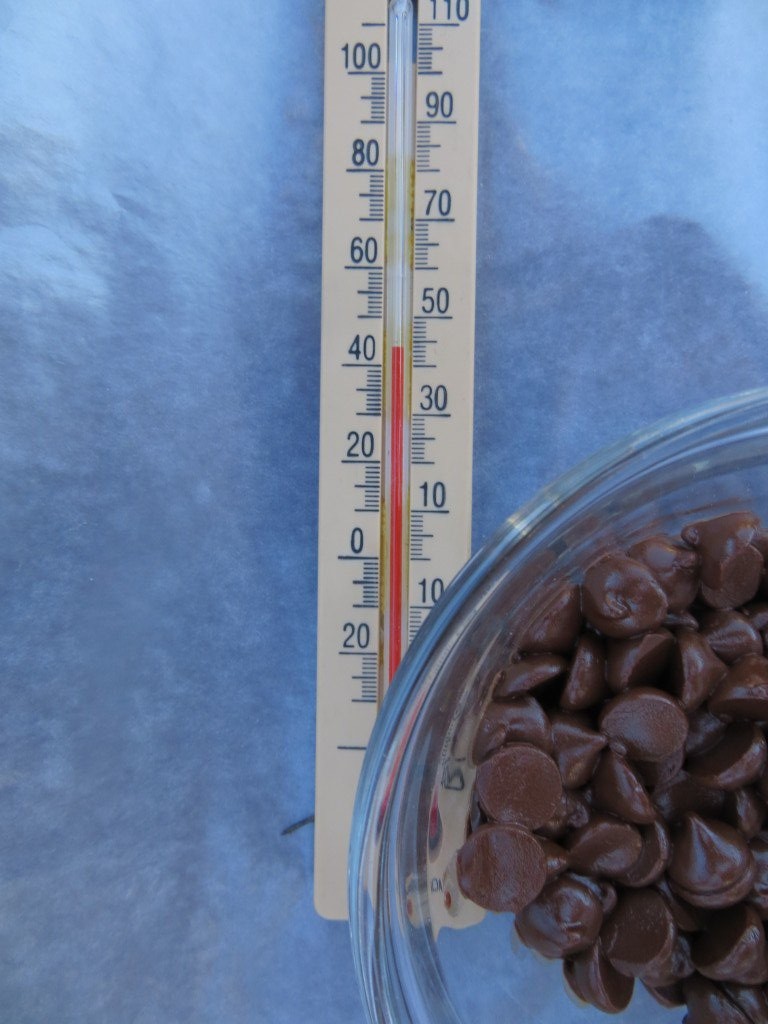 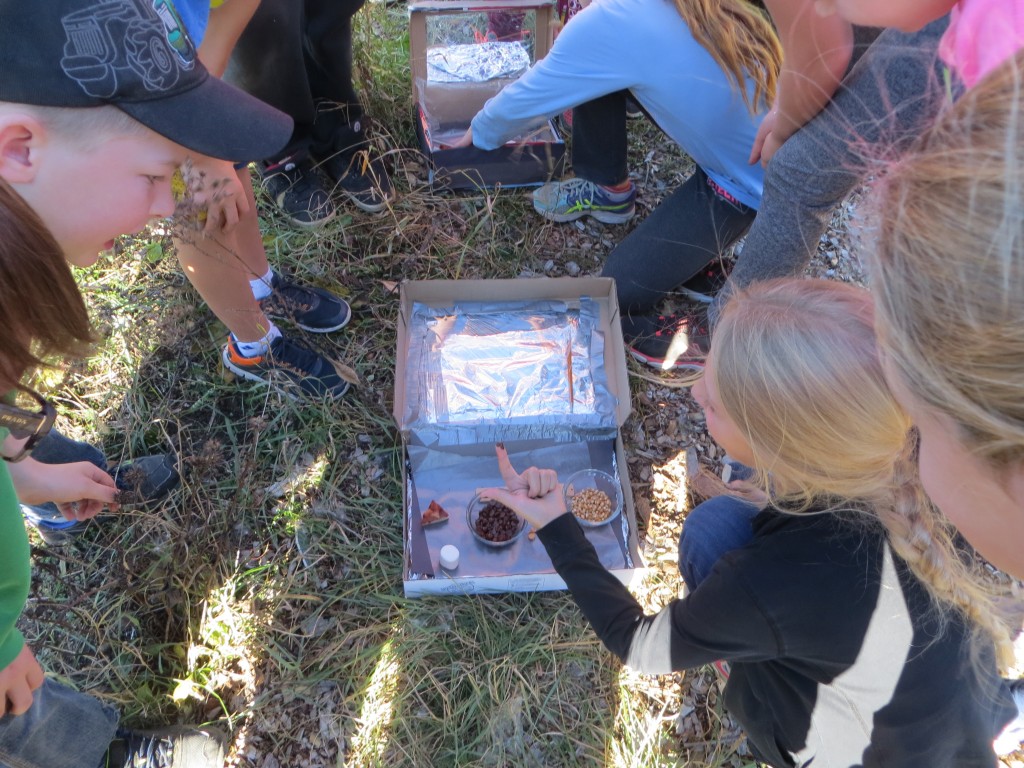 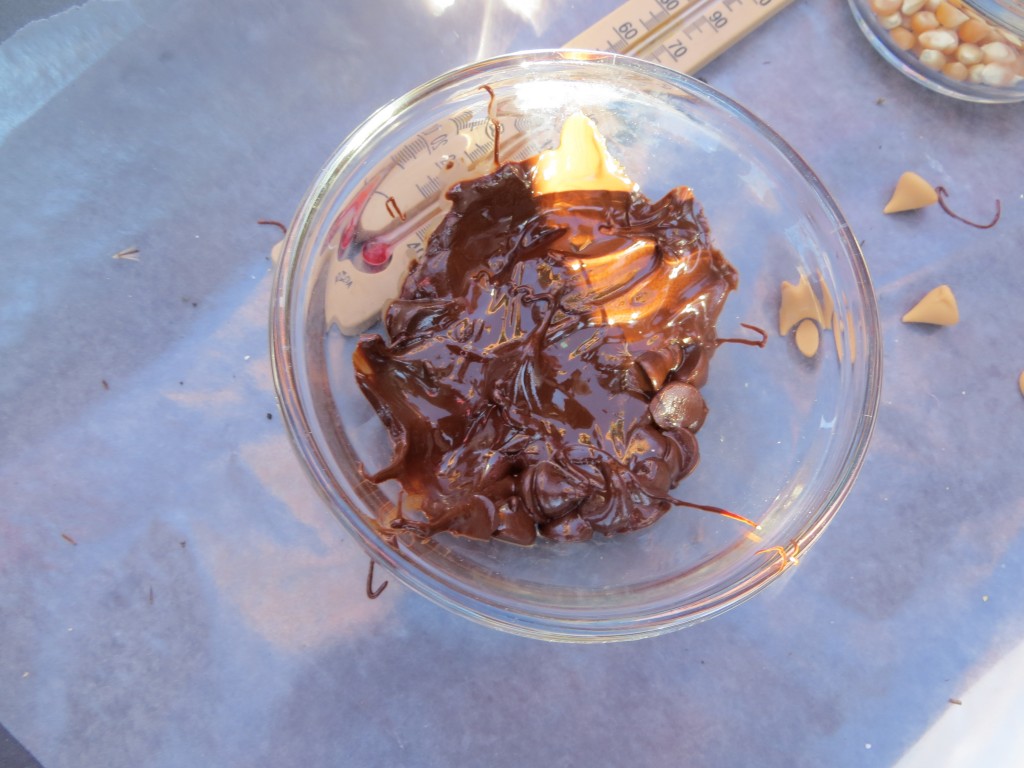 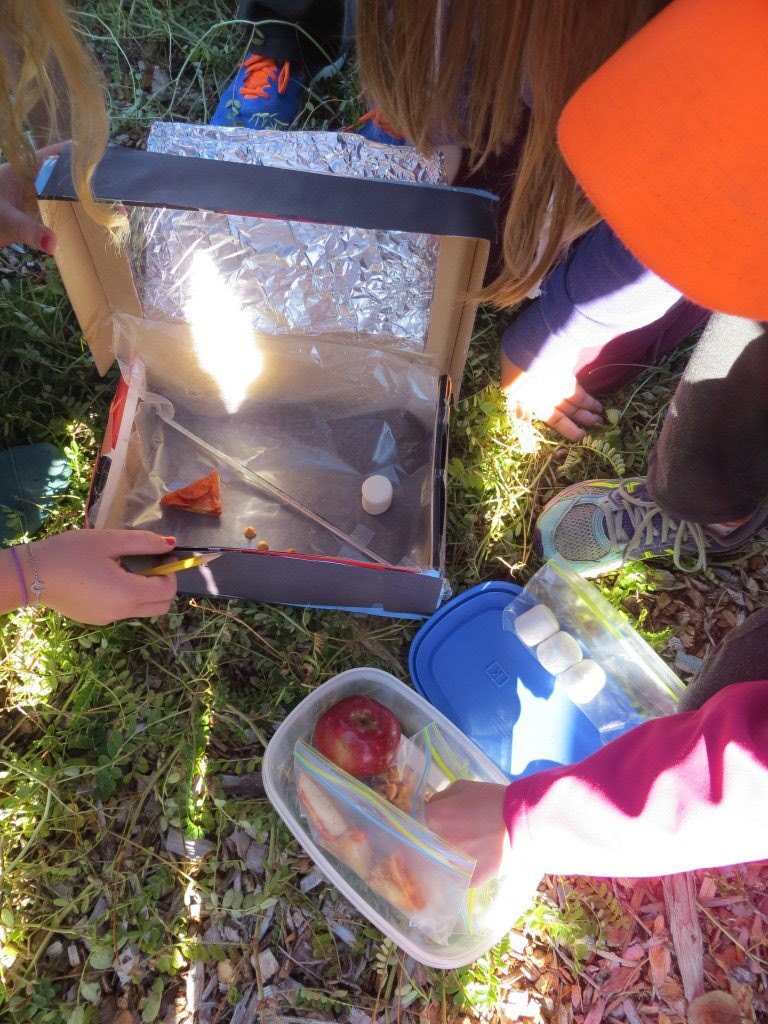 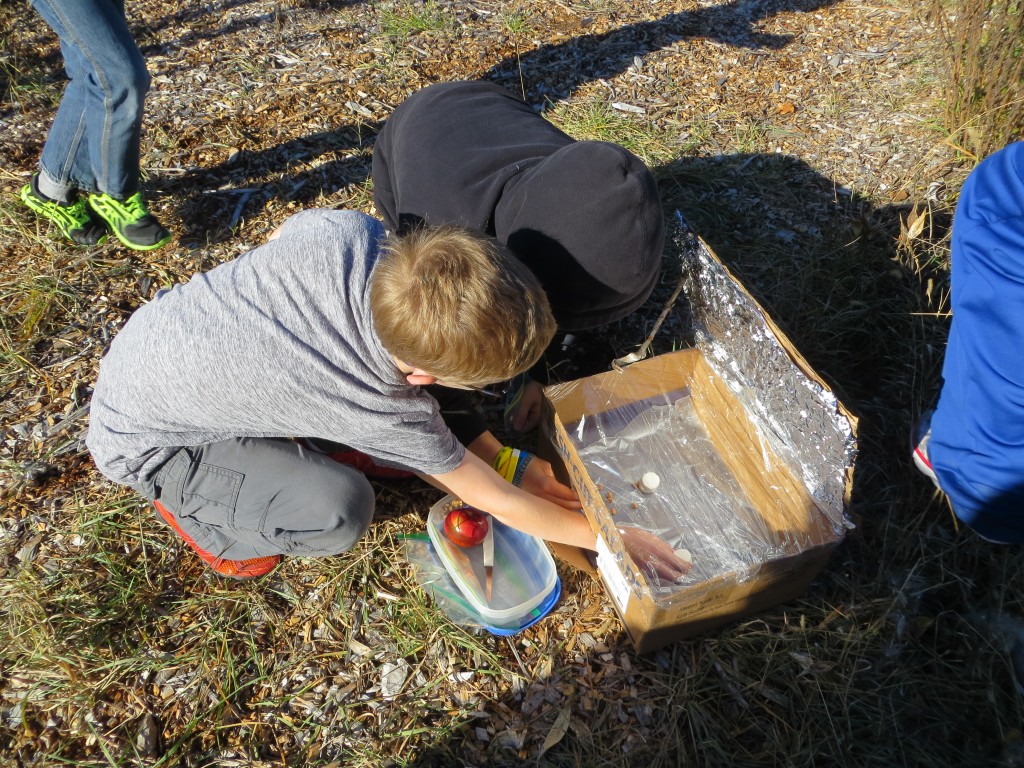 There were three apple cookers. Two were almost identical. The other one was lacking some black paper around the inner cup and had hole through bottom of the inner cup. At noon, the two identical cookers were 32C. The third cooker was 22C. As with the solar ovens, at 2 p.m. the apple cookers were all about two degrees lower than they were at noon. 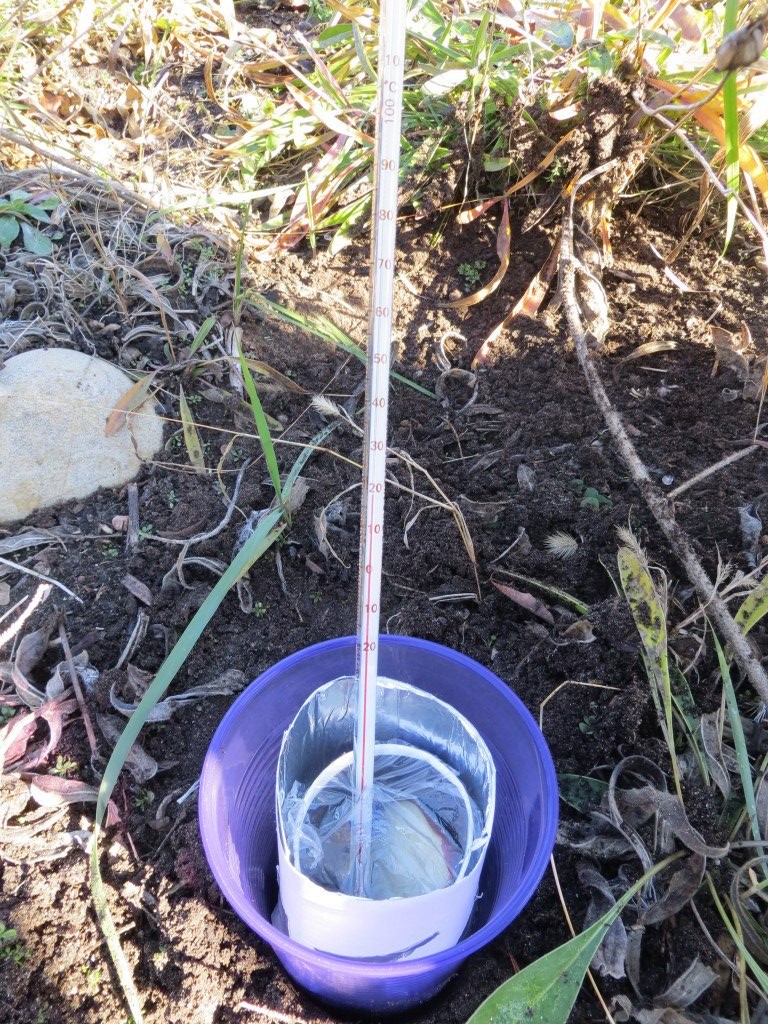 At the end of our experiment, the apples were not cooked through but they were softer and warm: 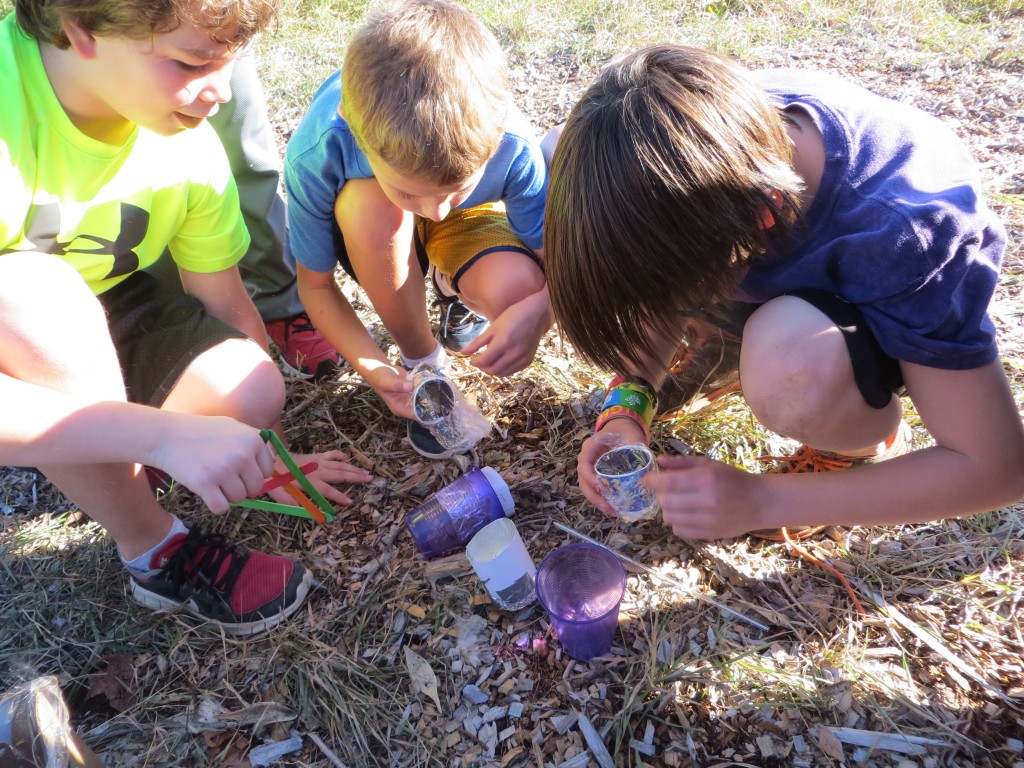 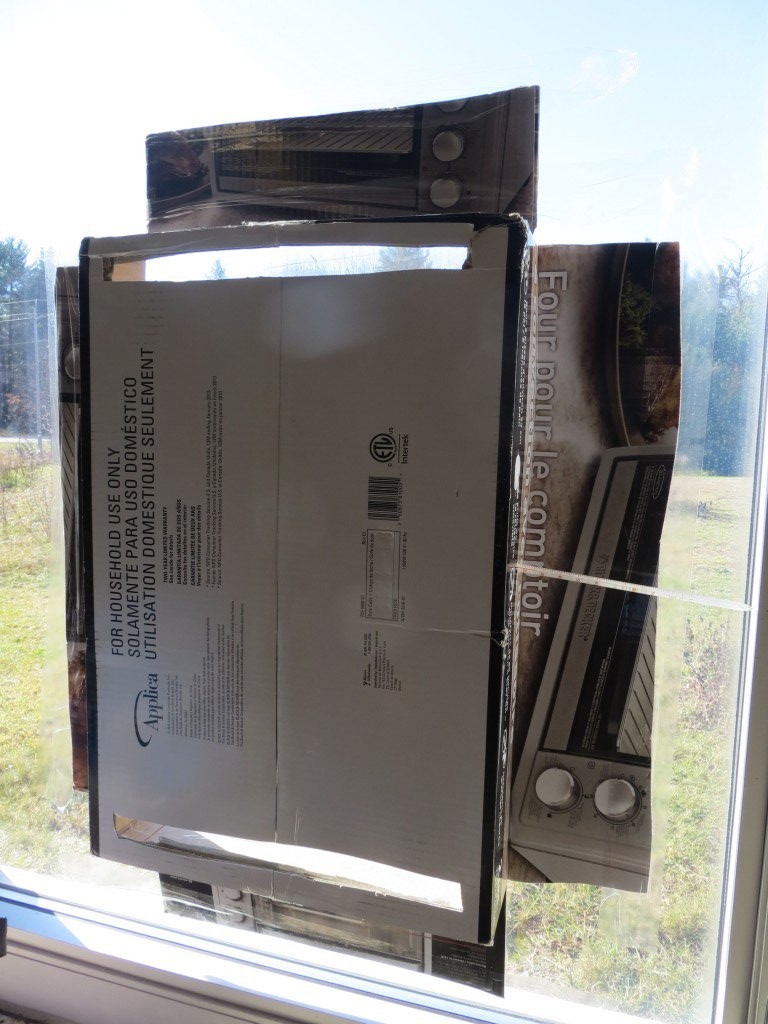 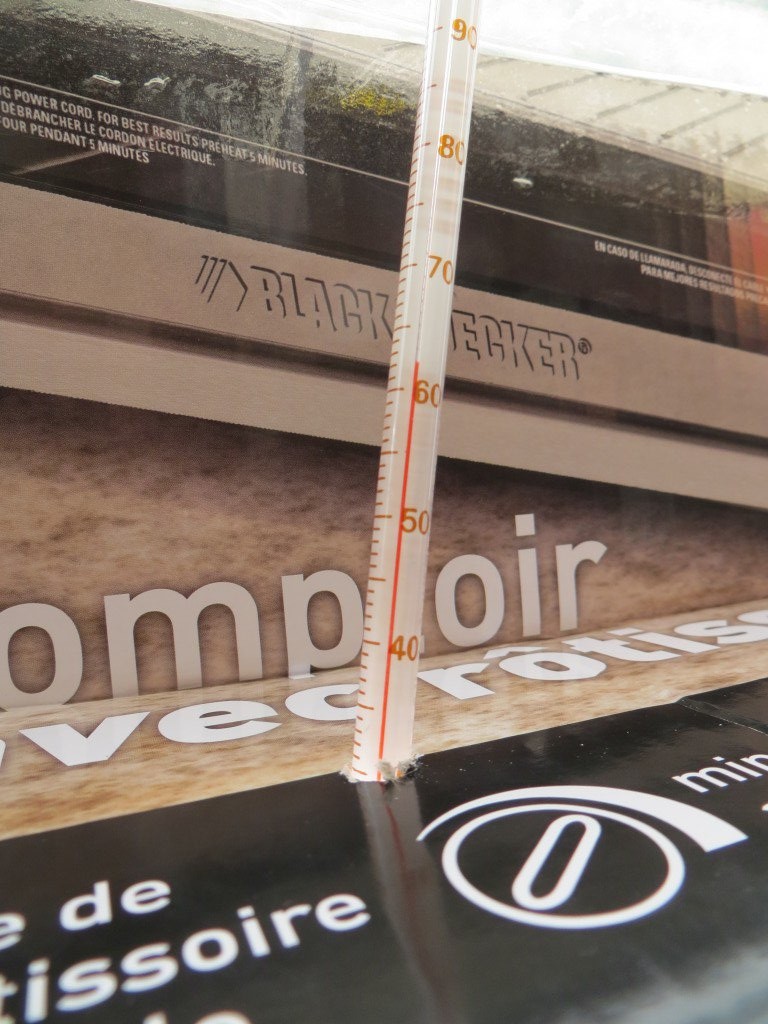 Students enjoyed the opportunity to learn about energy use and alternative energy technology through hands-on projects. Their next step will be to consider how our class can encourage greater conservation of energy and resources, at home and school.