On Friday, October 16th, students in our class celebrated their hard work organizing and participating in this year's "Food Drive for Orphaned Wildlife" with a class party.

Our friend and Rama Central P.S. neighbour, Laura Gallagher, offered to help us celebrate by bringing several of the non-releasable rescue animals from her company, Speaking of Willdlife, for a classroom visit!  Laura and her associate Krystal Hewitt taught us about five different species of Ontario wildlife, including two that eat the kinds of food we collected during the food drive.

Here are some images from a most remarkable afternoon: 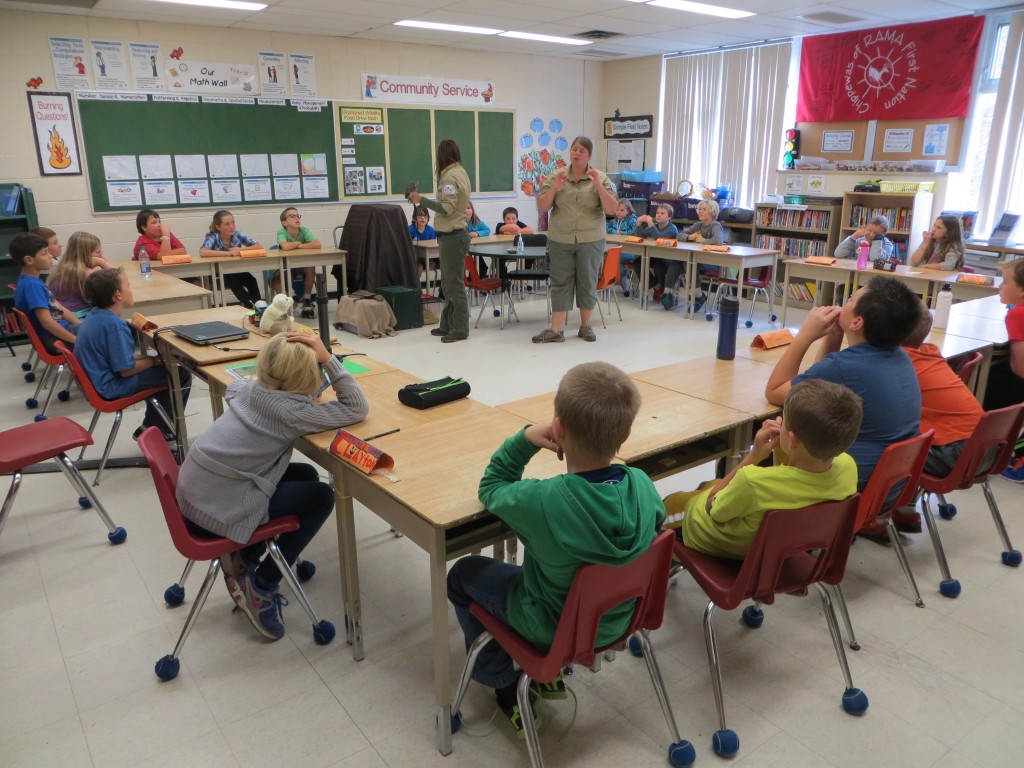 This cutie is a baby Norway Rat, named Ratagen. She was found in front of someone's garage at a very young age and brought to a wildlife rehabilitation centre. Unfortunately she became too habituated to humans and could not be released. 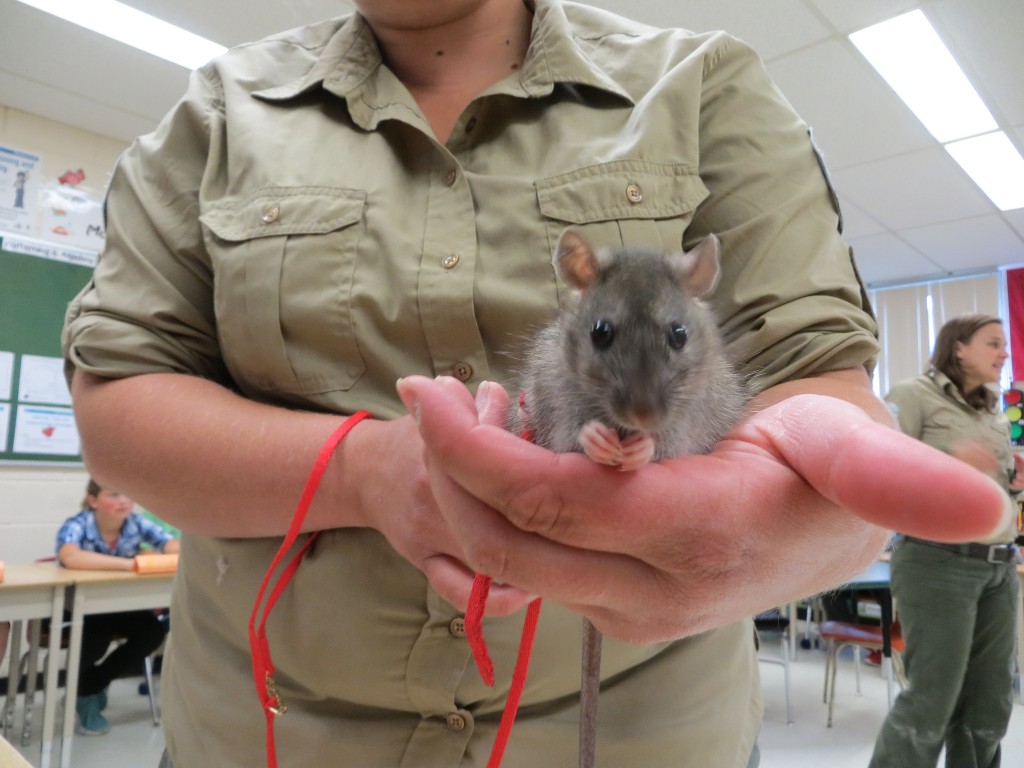 Meet "Luna," the Saw Whet Owl that appeared in Telus advertisements a few years ago. She was found in someone's backyard, with a wing injury, and taken to a wildlife rehabilation centre for treatment. Unfortunately, Luna's injury left her with a permanent disability that prevented her from flying well enough to survive in the wild. 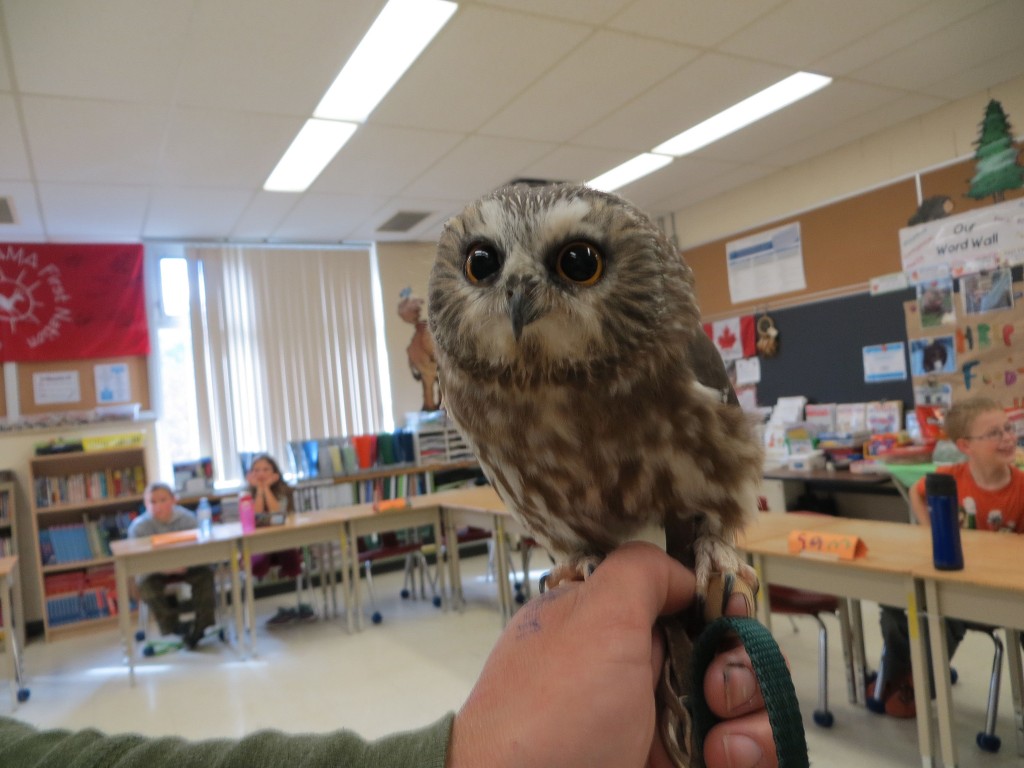 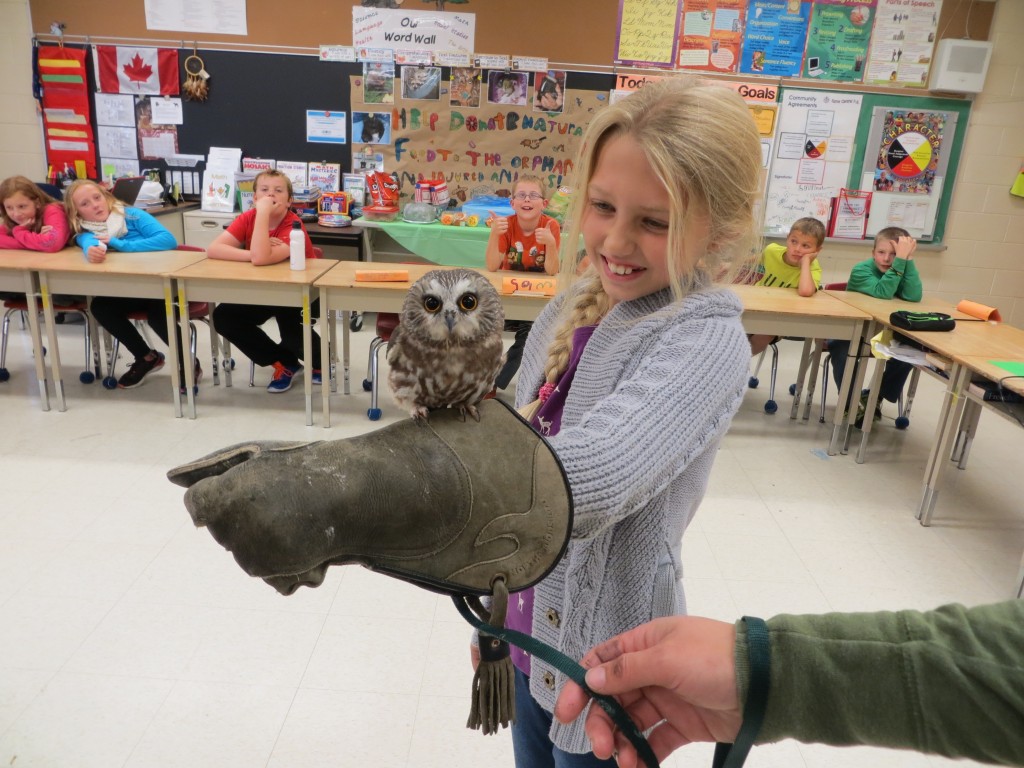 This is Hawthorne, a six month old porcupine. He was born in captivity so, in accordance with Ministry of Natural Resources and Forestry (MNRF) regulations, he could not be released into the wild. 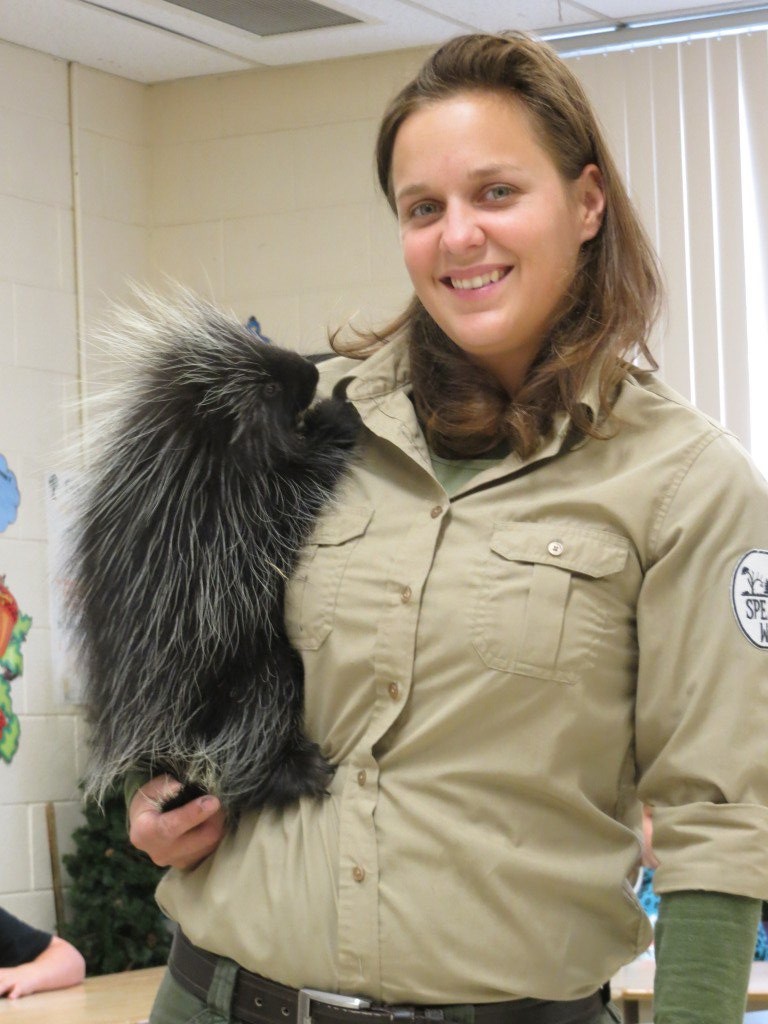 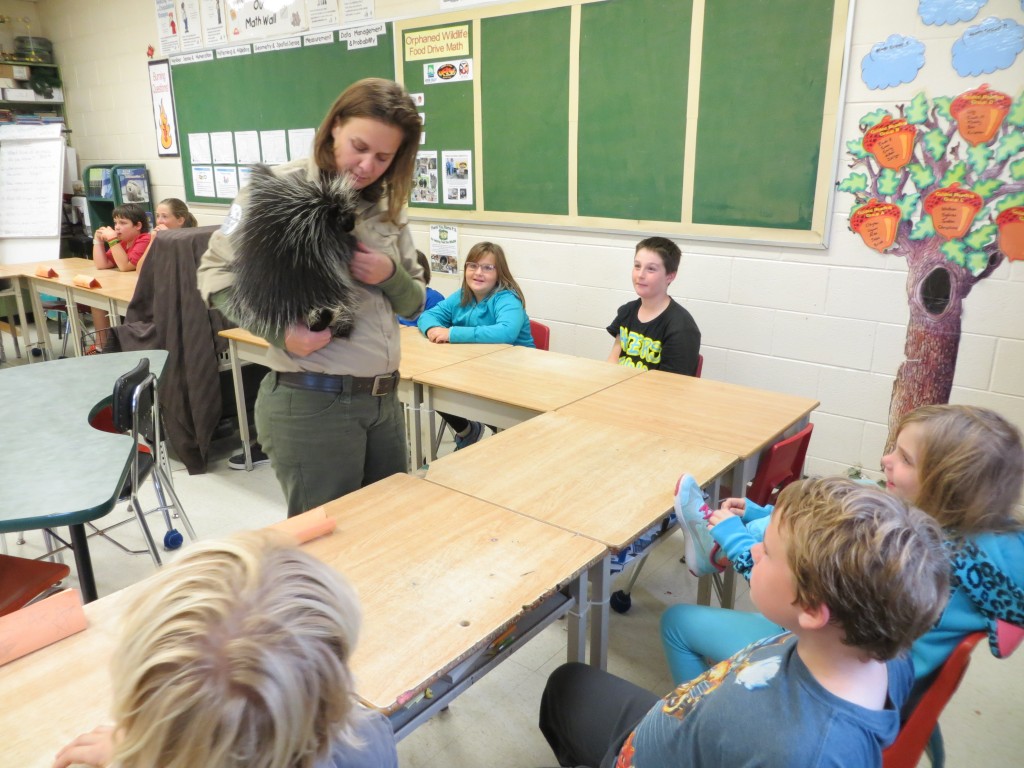 This is a Bobwhite Quail named Virginia. She was found in a snowbank in Quebec and taken to a wildlife rehabilitation centre. Bobwhites are not native to Quebec, and no one knew where Virginia came from, so she was sent to live at Speaking of Wildlife. Bobwhites are critically endangered in Ontario, with only about 100 individuals still living in the wild. Experts believe the ice storms in 1997 decimated the Ontario Bobwhite population and they have been unable to make a comeback. 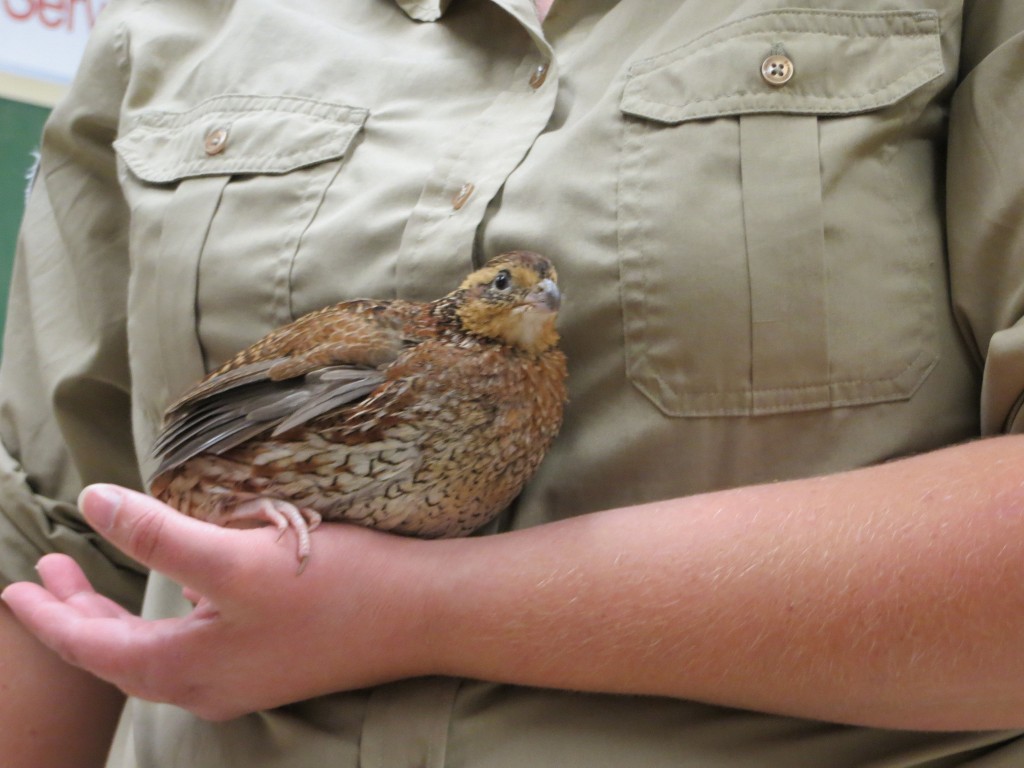 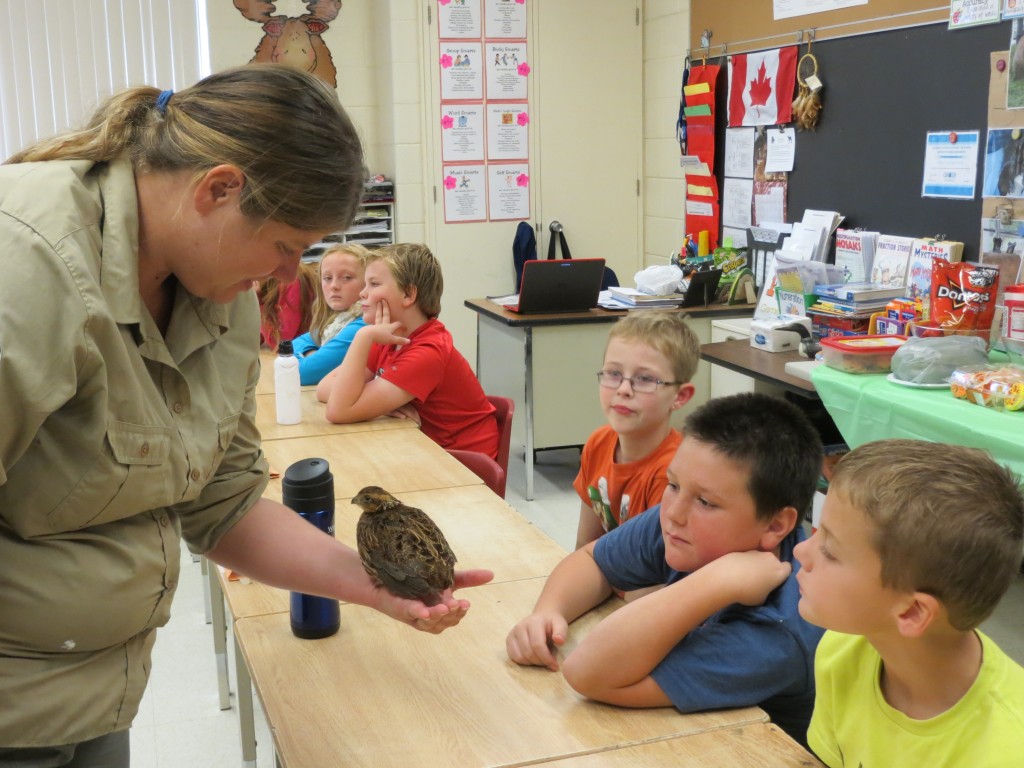 Last, but not least, meet "Petunia" the skunk. Petunia was dropped off at a wildlife rehabilitation centre at night. There was very little information left with her. The rehabilitation centre couldn't determine Petunia's point of origin and her friendliness made it apparent that she had been living in someone's house. These two factors made Petunia non-releasable. 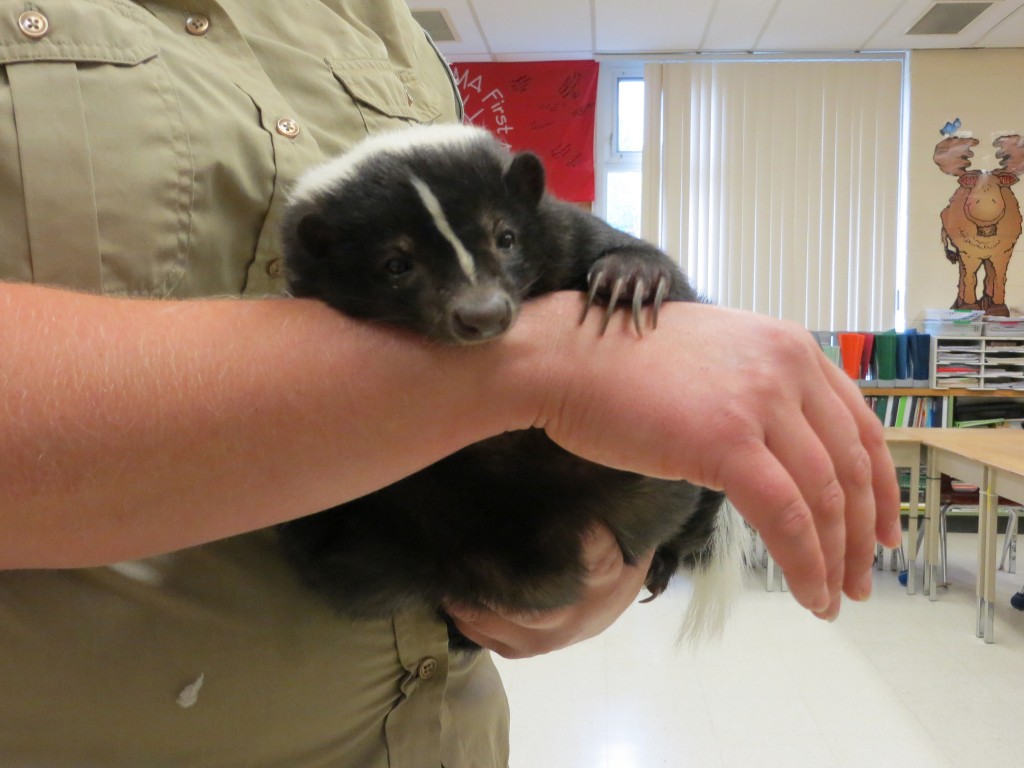 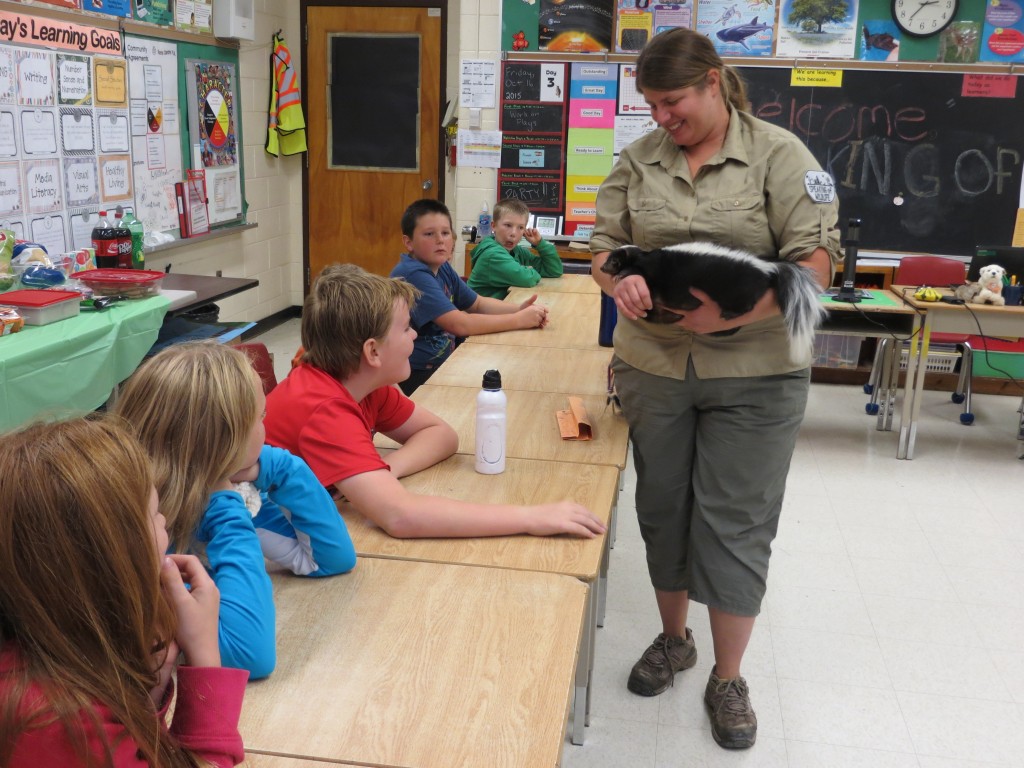 Students contributed an amazing array of snacks for our party: 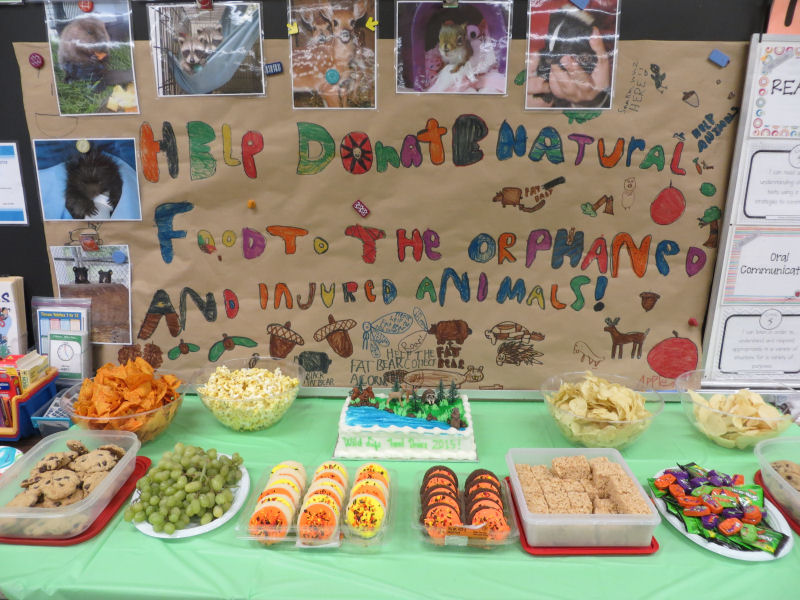 ... and Mrs. Black had Mariposa Market create this awesome cake for us: 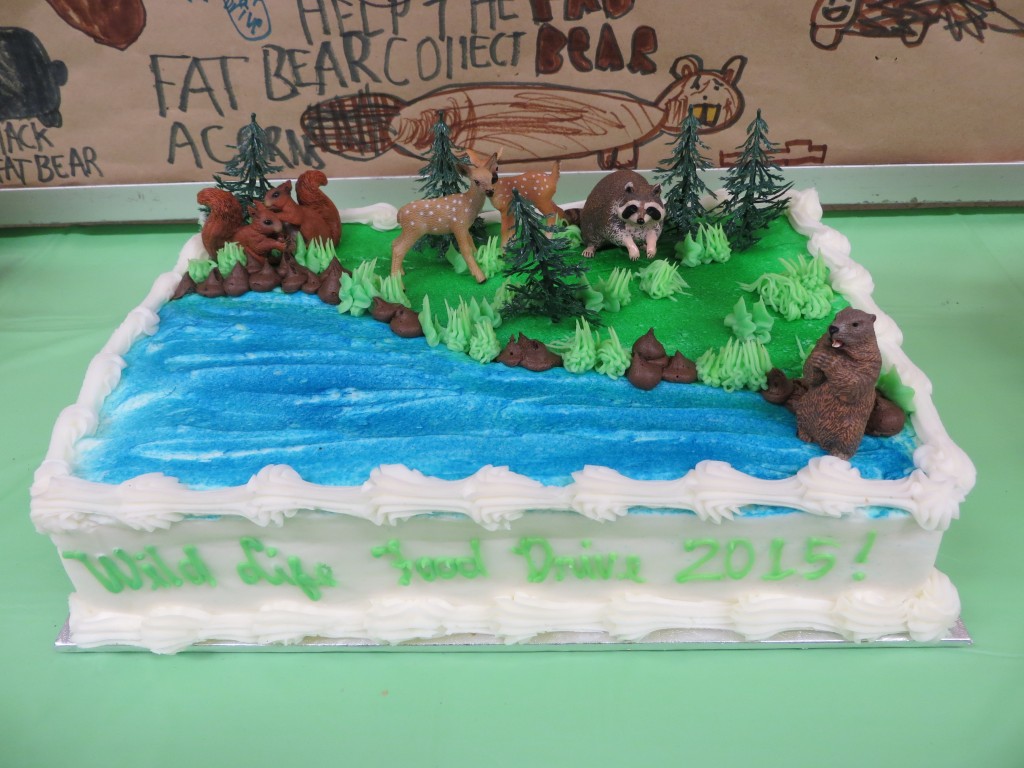 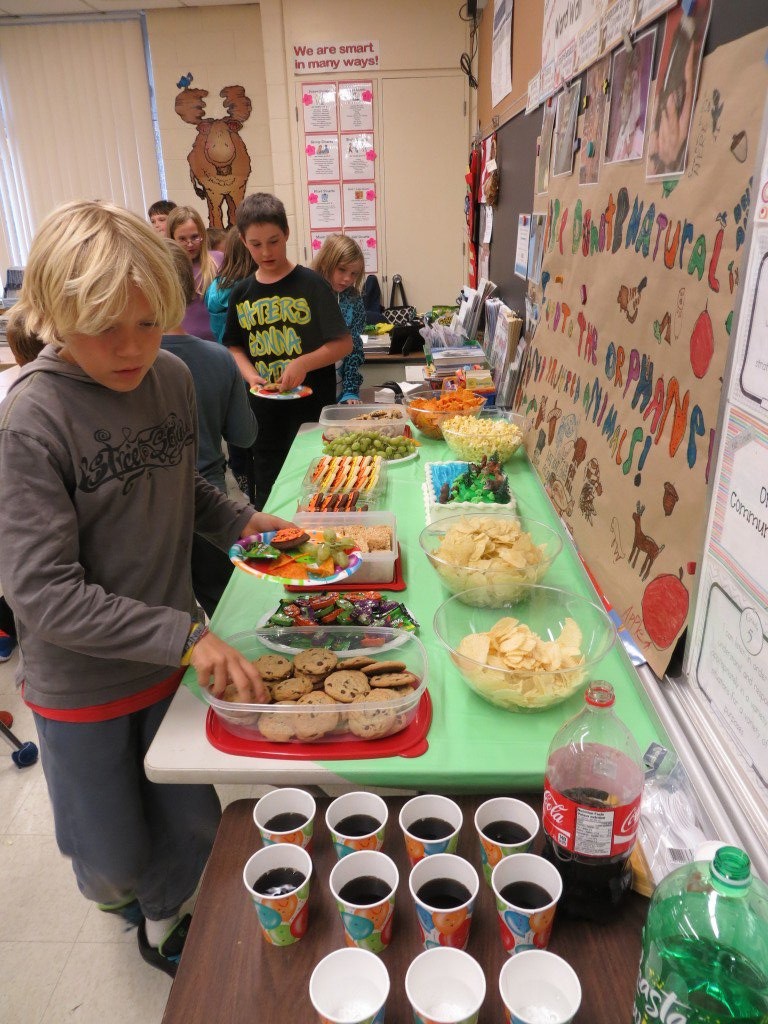 We want to sincerely thank Laura, Krystal and their wildlife ambassadors for coming to class today!  Their visit MADE our party, and will be fondly remembered by all of us for years to come!!  🙂 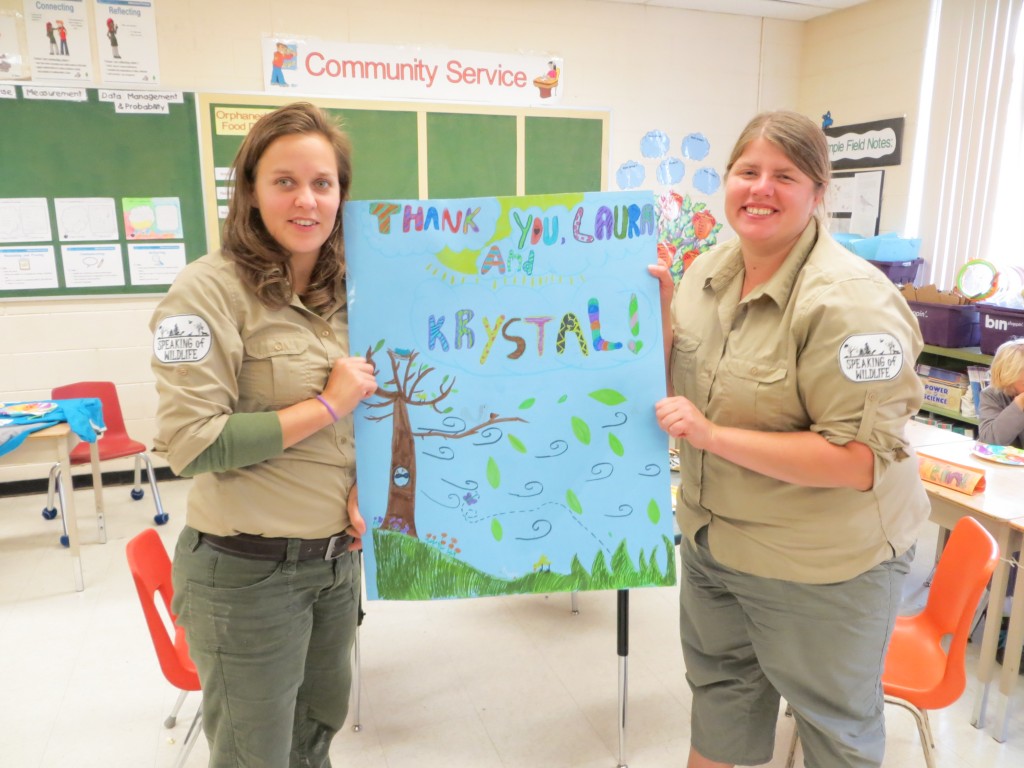