Over the past two months, our class engaged in a team-building and drama activity that was developed by the Council of Ontario Drama and Dance Educators. The unit plan can be found here:  http://www.code.on.ca/resource/building-community

The class was divided into two random groups, by drawing coloured cubes from a bag.  Each student was asked to develop a role for him/herself, within his/her community. Then each group was given several tasks to complete, including making up a name for their town, identifying a mayor and town council, designing a map and flag, and developing a town philosophy and list of special features.  Mrs. Black displayed the community profiles on foam boards (click on any photo to enlarge it): 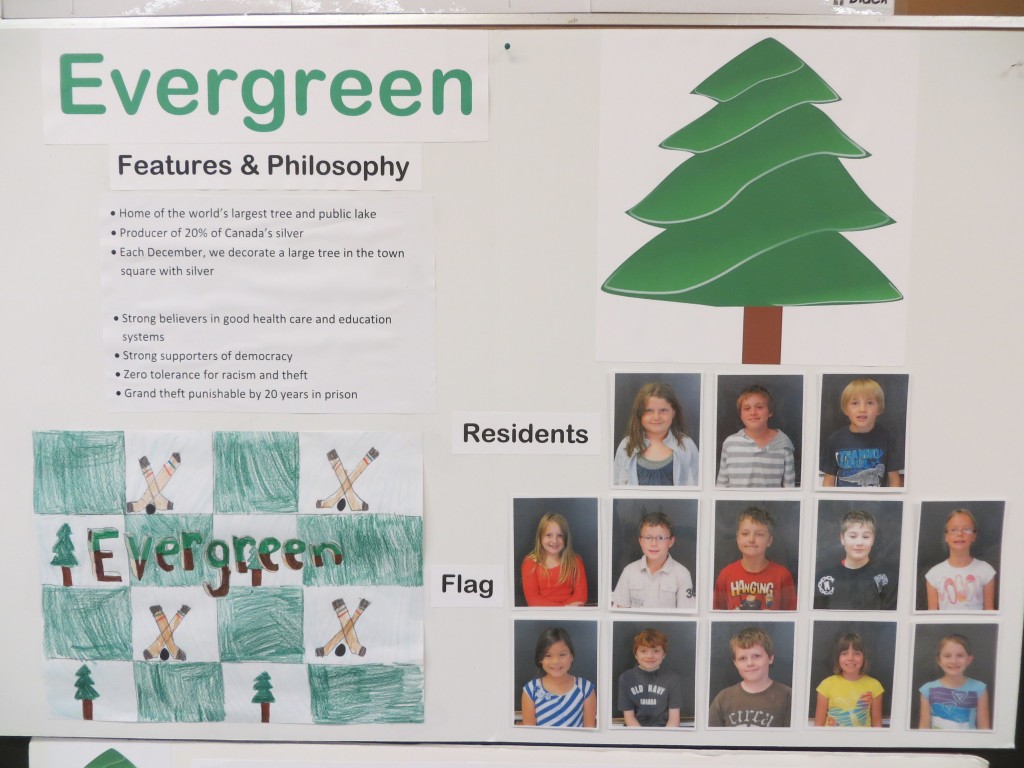 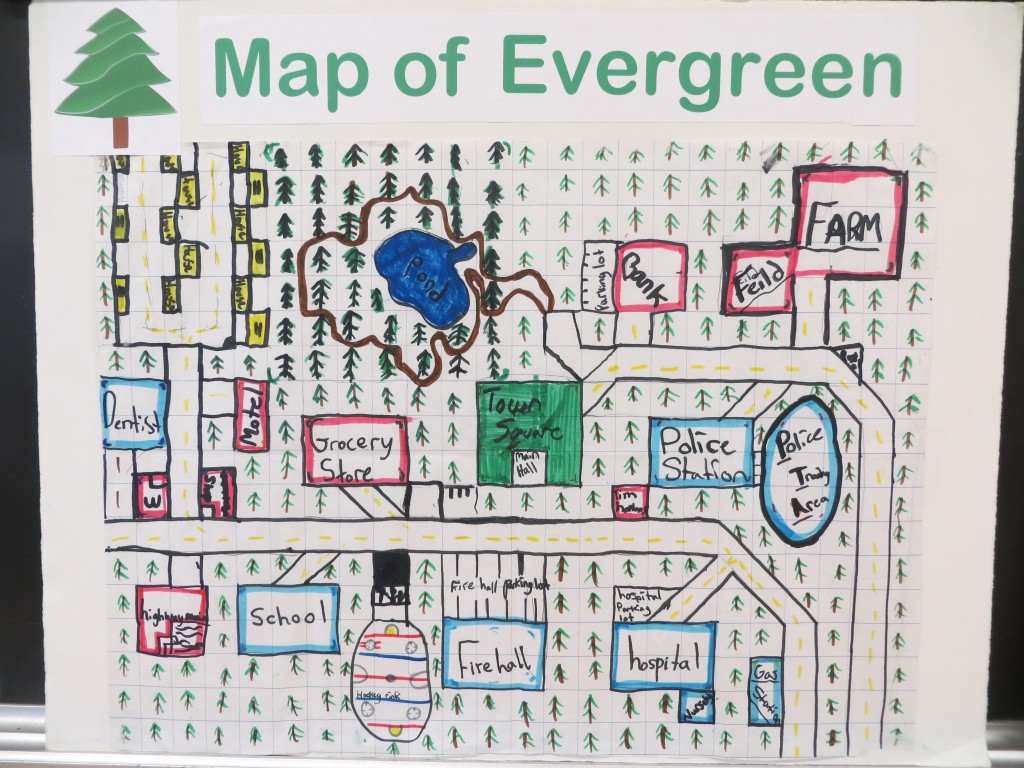 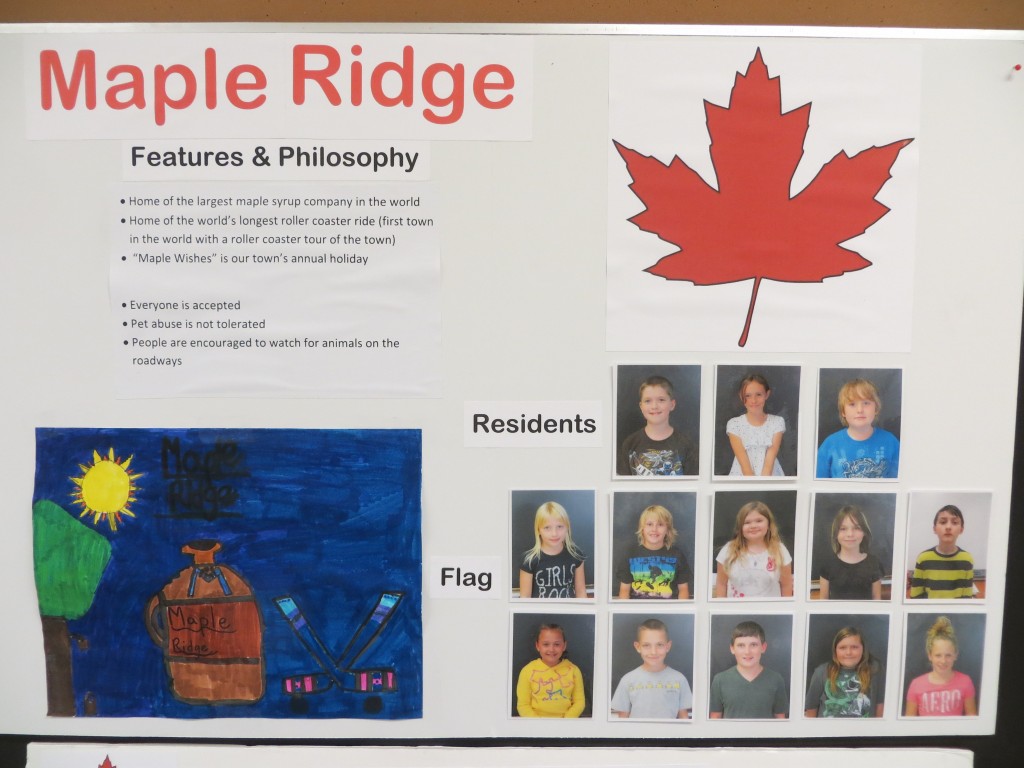 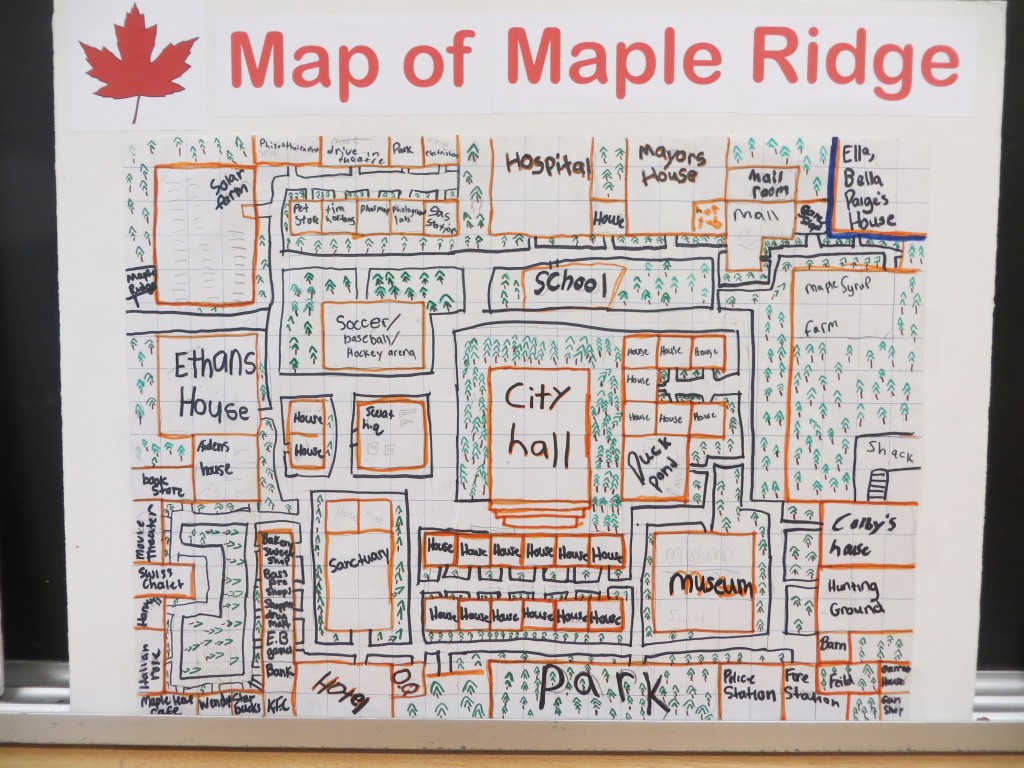 Residents of both towns were then invited to dress in role and attend a large group discussion about the landfill and highway project. A lively debate ensued. Students saw few long term benefits, but identified many negative possibilities associated with the project:

In the end, the class reached consensus; every student felt that no amount of short term financial gain could adequately compensate them for the hardship the project would entail. When the government representative came to the meeting to address any concerns, she (Mrs. Black, in role) was peppered with hard questions and comments about the landfill and highway project. On behalf of the government, Mrs. Black reluctantly agreed that the towns' environmental concerns may have some merit and agreed to order an environmental assessment.

Students were congratulated on their role-playing and debating skills, and told that they did a fine job identifying potential issues with the proposed project!