My students were quite moved by the news that Princess the rescued dog had died. Their initial response was sadness and tears, but then a Grade 5 student named Jaime, who is well acquainted with the grief process, stepped up and took on a leadership role.  She told her classmates that it would be really helpful if they made condolence cards for Pattie Dawson (Princess' foster Mom), because Pattie's grief would be even greater than ours.  Students spent the remainder of that period making cards.  We mailed all but one to Pattie.  This one was too big to mail, so we will give it to her when we see her in the New Year: 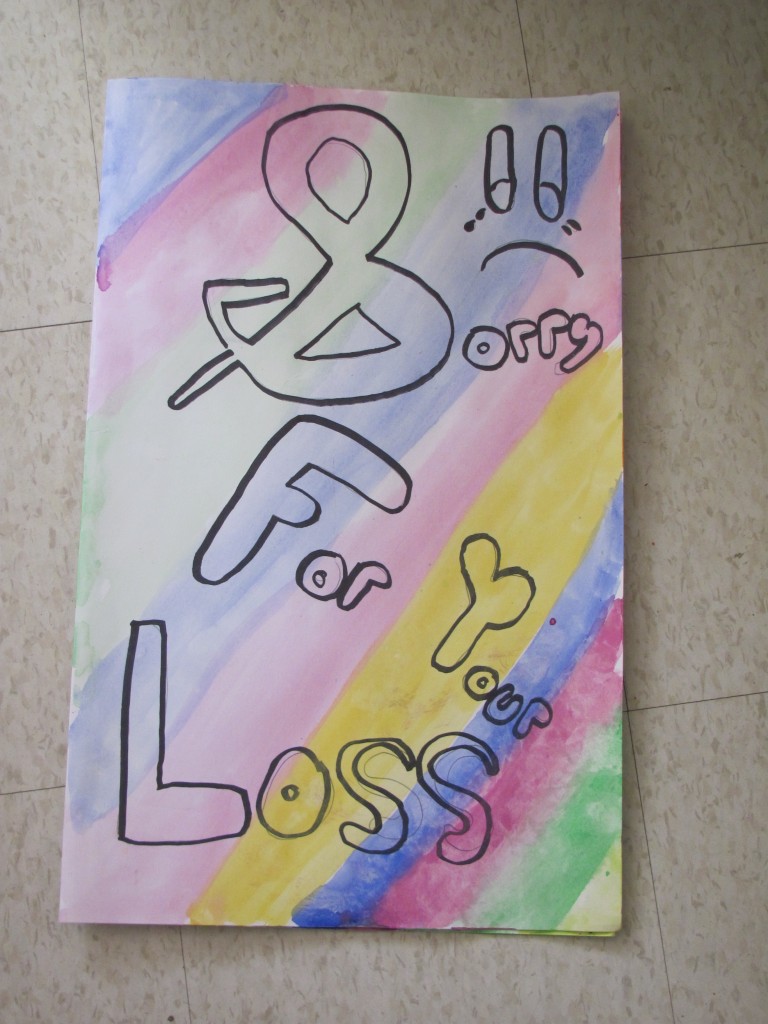 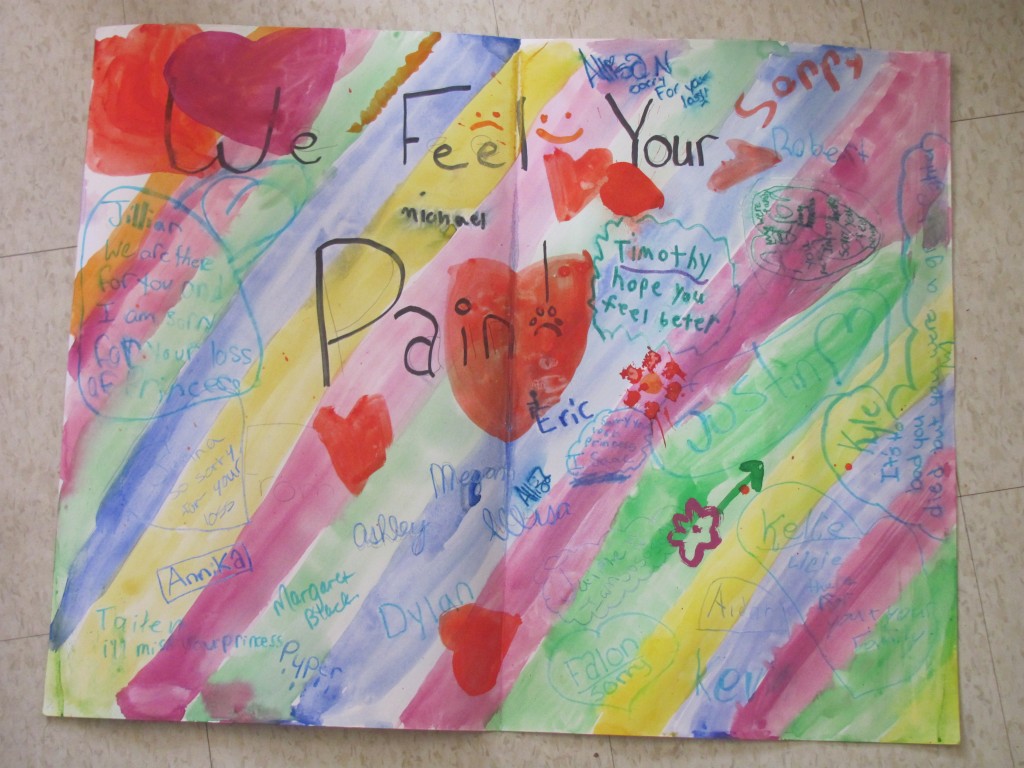 On behalf of the class, I sent flowers to the Boyne Veterinary Clinic (where Pattie works as a Veterinary Technician), to thank their staff for everything they did for Princess.  From beginning to end, the team at the clinic demonstrated great compassion and gave Princess the best care possible.  On Monday, when it became apparent that Princess was slipping away, five members of the clinic team stopped what they were doing, sat together around Princess' bed on clinic floor, and kept vigil as she passed.  We knew this had to be very hard for them. 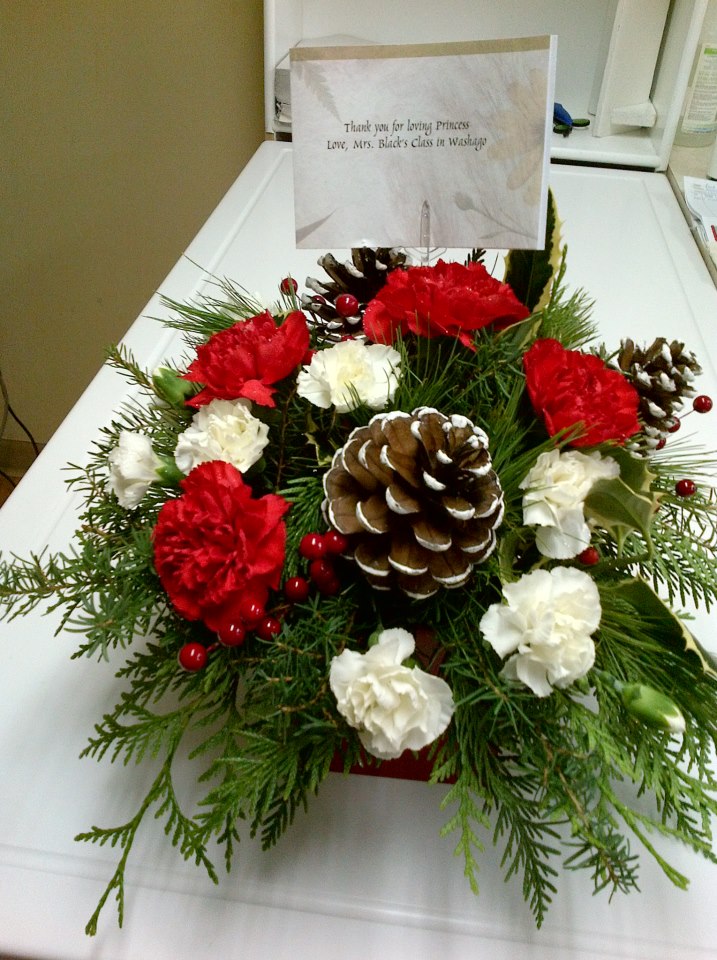 Our card to clinic staff read:  "Thank you for loving Princess"

Pattie later thanked us, on behalf of the veterinary clinic staff, and reported that she burst into tears when the flowers arrived.  Apparently Pattie's tears caused the man making the flower delivery to cry too.  He had heard about Princess via the media.  So many people have been moved by this poor dog's story...

The day after Princess passed away, two packages from Pattie Dawson arrived at our school.  The previous week, when Princess seemed to be progressing well toward good health, Pattie had printed a personalized note of thanks and a cute picture of Princess wearing reindeer antlers for each student in our class, and each student in Mrs. Park's class who had made a Get Well card for Princess. Mrs. Park and I decided to wait a few days before distributing these gifts, to give students a chance to adjust to Princess' passing.

We gave Pattie's notes and pictures out this morning.  THANK YOU PATTIE, from about 40 smiling faces at Rama Central Public School!  What a kind gesture and wonderful keepsake!! 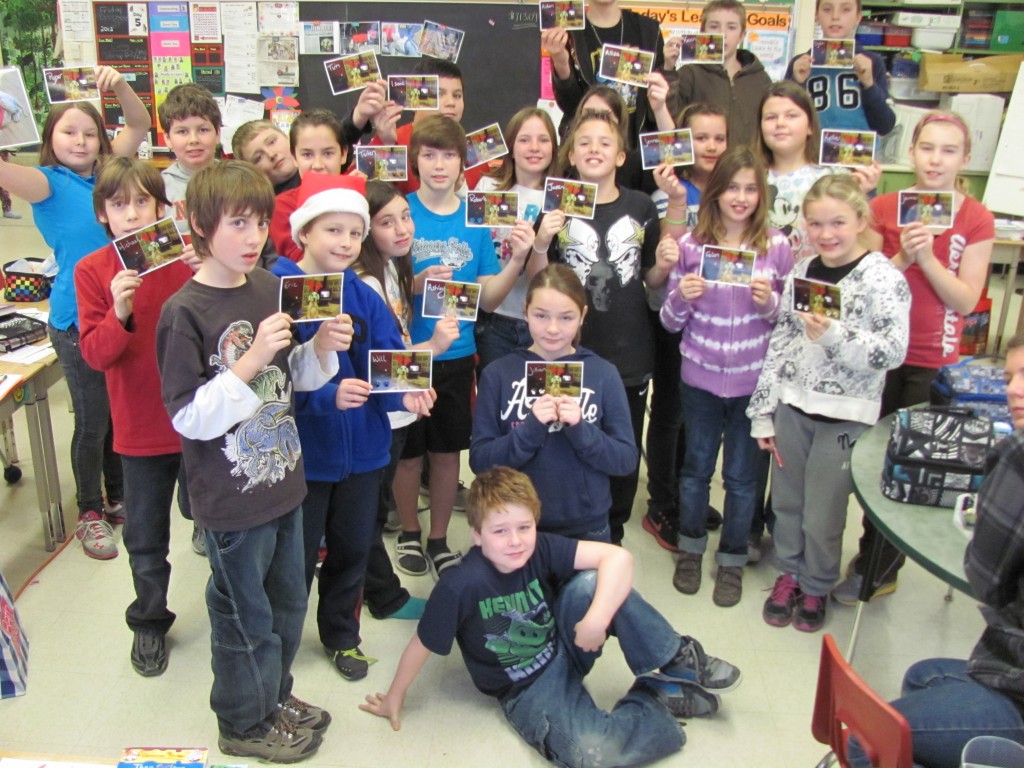 Students in our class with their pictures of Princess 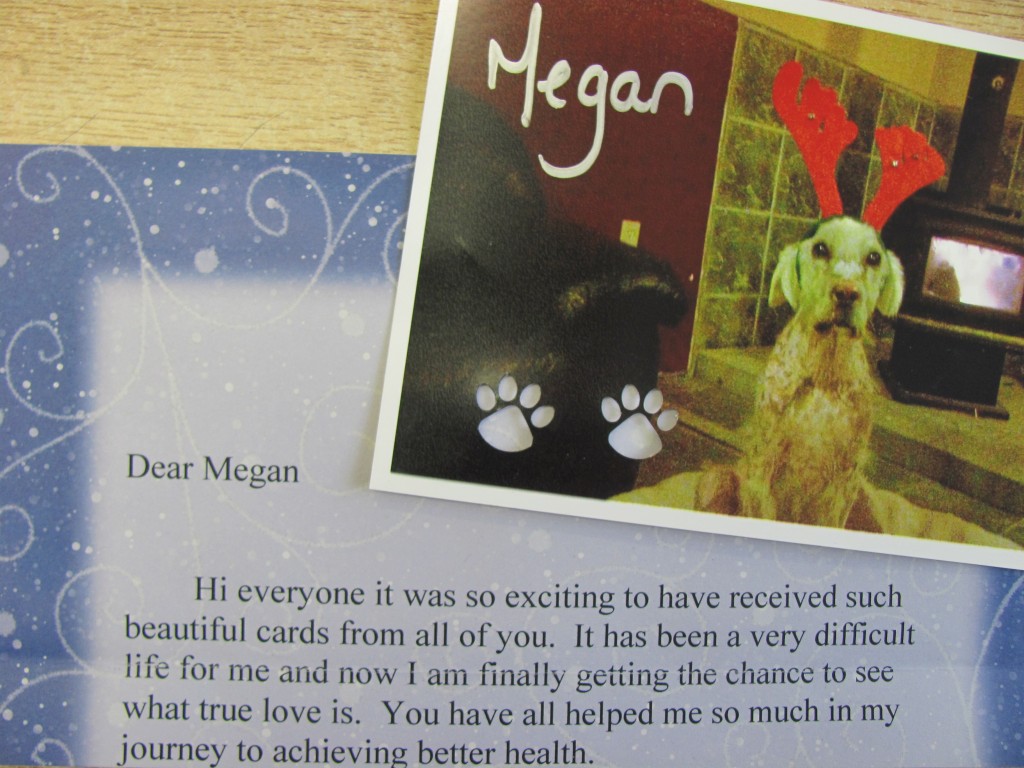 Each student received a personalized photo and note from Pattie Dawson

If you would like to support the organization that helped Princess
send a donation to:
Alliston & District Humane Society, P.O. Box 1455, Everett, Ontario, L0M 1J0
For online donations, visit their “Canada Helps” page:

Tax receipts will be issued for donations over $10.00.

Thank you for visiting our class BLOG.  If you have any questions or comments, feel free to e-mail me (Margaret Black):  mblack@mail1.scdsb.on.caor to add a comment to this page.